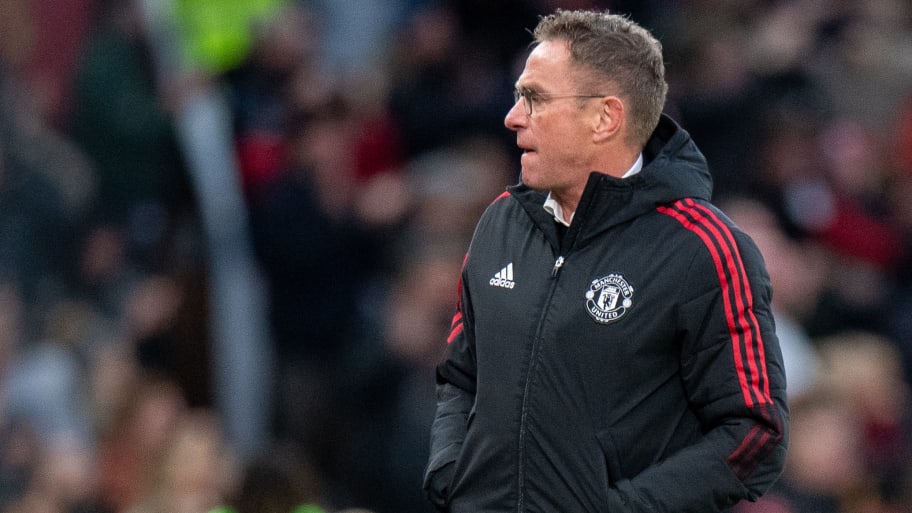 Manchester United interim boss Ralf Rangnick has confessed that he was not expecting his players to press Crystal Palace so well en route to a 1-0 victory on Sunday.

Known as the founder of the heavy-metal football that Jurgen Klopp has popularised at Liverpool, Rangnick had just a few days with United before Sunday's game and made a point of tempering expectations while his squad get to grips with his methods.

It's safe to say he wasn't expecting an immediate impact, but United pressed harder against Palace than they have since Sir Alex Ferguson's retirement. They recovered the ball in the final third no fewer than 12 times - no boss had managed that at Old Trafford since the Scot's departure.

"To be honest, I was positively surprised by the physical state, intensity and performance of the players," Rangnick told Sky Sports.

"Not only did we play in the late kick-off on Thursday, but we also had two days fewer than Crystal Palace to recover. I didn't expect us to play at that level after only one-and-a-half training days together with them.

"It's always easier to build on things when you're successful. I want the players to believe in this kind of football. We continue in this direction, produce further clean sheets, and get better at creating chances ourselves. There is still space for improvement but today was more important for me to see how they played against the ball."

Rangnick set his side up in a 4-2-2-2 formation, with Cristiano Ronaldo and Marcus Rashford leading the press up top, and he explained his setup after the game.

“For me it seemed logical to not make many changes after the win against Arsenal,” he said (via the club's official website). "The question was how do we get possession of the ball?

“We had enough space with Jadon [Sancho] and Bruno [Fernandes] in those number ten positions for our fullbacks to play forwards and ask for the ball on the wings. That was the reason I decided to play a 4-2-2-2.

“The most demanding positions in that formation are the tens and I think Bruno and Jadon did well in those positions. Defensively they both did well.

"We played with two strikers, Marcus and Cristiano up front with Jadon and Bruno on the 10 position and for the rest of the team it was the same position as usual. I just thought it might be better to have control in the centre of the pitch with Cristiano having a partner up front and I think it worked out well."