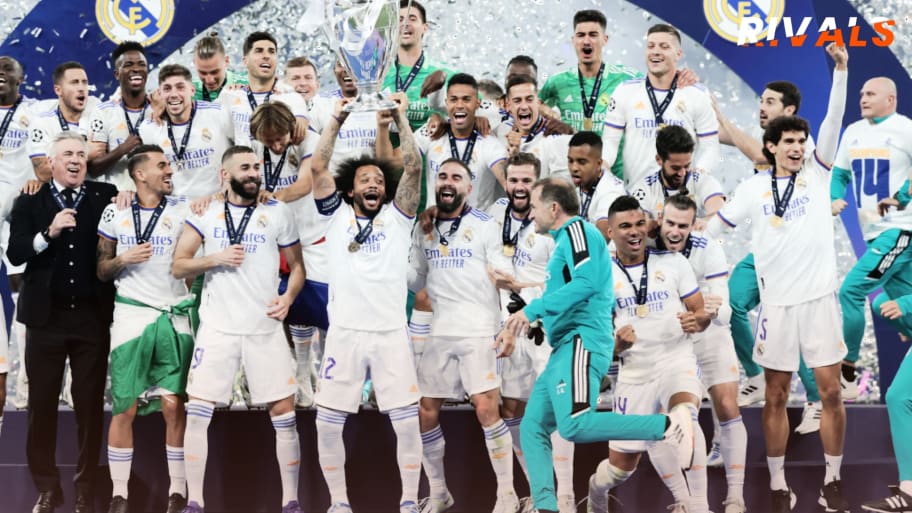 Cast your minds back to late September 2021. The scene is the Bernabeu and Real Madrid have just been beaten by Sheriff Tiraspol.

Did they have a chance in hell of winning the Champions League? Absolutely not. Not a hope in hell. Nada. Not happening.

Skip forward to the present day and Los Blancos are celebrating their 14th victory in the European Cup and Champions League, having beaten Paris Saint-Germain, Chelsea and Manchester City before downing Liverpool in Paris' final.

It's a truly extraordinary story which would be even more special if the team completing the almighty comeback wasn't Real Madrid.

Quite frankly, it's what they do. It's everyday life for Karim Benzema, Luka Modric and company.

BT Sport pundits were still tipping Liverpool as the best team in Europe after Saturday night's defeat, even after coming up short on both the domestic league and continental front, and maybe their right.

The best team doesn't always win. Maybe you'd have Trent Alexander-Arnold in your team ahead of Dani Carvajal, but there's no denying the Spaniard deserved to be on the winning side alongside his Blancos teammates.

What Real perhaps lacked in the intensity Liverpool boast, they made up with experience and winning nous. That's not to say that the Reds can't match that - they have won it all in recent years, in fairness, but in Benzema, Modric, Casemiro, Carvajal and Toni Kroos, Real have players who have been to hell and back in pursuit of greatness. And for some of them, it's their fifth UCL title with the club.

They didn't actually need a magical comeback or any Benzema sorcery on Saturday night as they instead caught Liverpool cold to pounce on the break, with Vinicius Junior pouncing at the back stick to convert despite Jurgen Klopp's side enjoying periods of dominance.

Thibaut Courtois' performance kept Real in the game when it was goalless and he came to life after Vinicius' strike, making vitals saves throughout to deny the likes of Mohamed Salah, Sadio Mane and Diogo Jota.

Liverpool could have done little more to get themselves back in the game, but each time they got close the door was shut by the likes of Courtois, Alaba, Eder Militao and Ferland Mendy. In years gone by, it was Iker Casillas, Keylor Navas, Sergio Ramos and Pepe who were leading from the front.

The names and characters may change over time, but Real's heritage in Europe runs in the blood and shows no signs of dissipating.

This article was originally published on 90min as Real Madrid prove experience and nous is what counts with 14th Champions League win.