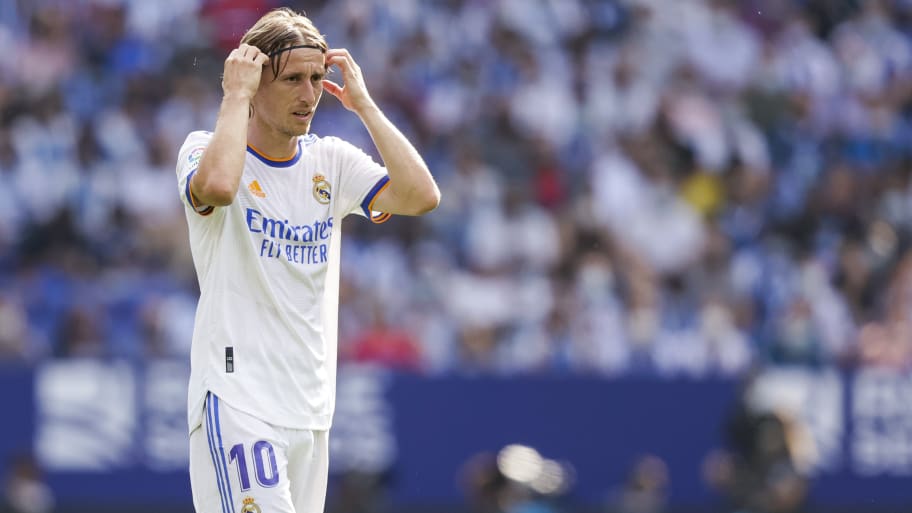 Real Madrid are ready to hand midfielder Luka Modric another one-year contract extension to extend his stay at the club to 11 years.

Now 36, Modric's current deal expires at the end of the season but the Croatian has already made it clear that he wants to stay another year so he gets to experience playing at the new Santiago Bernabeu, which is set to be opened late in 2022.

According to Marca, the feeling is mutual and Real have already begun negotiations over another short-term extension to grant Modric his wish.

The belief is that this could well be Modric's final contract before he hangs up his boots, with the veteran midfielder slowly ready to ease his way out of his playing days.

Fitness issues have limited Modric's appearances for Real this season, and manager Carlo Ancelotti has also made a point out of handing him more rest than normal to ensure he stays fit towards the end of the season.

He has featured in just seven of Real's 13 La Liga games this year, and it is thought that both Modric and the club are aware that his career is winding down, which explains pursuits of Manchester United's Paul Pogba and Monaco's Aurelien Tchouameni.

On top of tasting life at the new Bernabeu, Modric's other goal is to lead his country out at the 2022 World Cup, for which he helped Croatia qualify after a 1-0 win over Russia on Sunday.

"Will I lead Croatia in Qatar? I don’t know what would have to happen for me not to!" he told Nova TV after the game.

Modric reached 400 appearances for Real earlier in the season and is keen to keep adding to that tally before his career eventually comes to a close.

This article was originally published on 90min as Real Madrid to offer Luka Modric new contract.