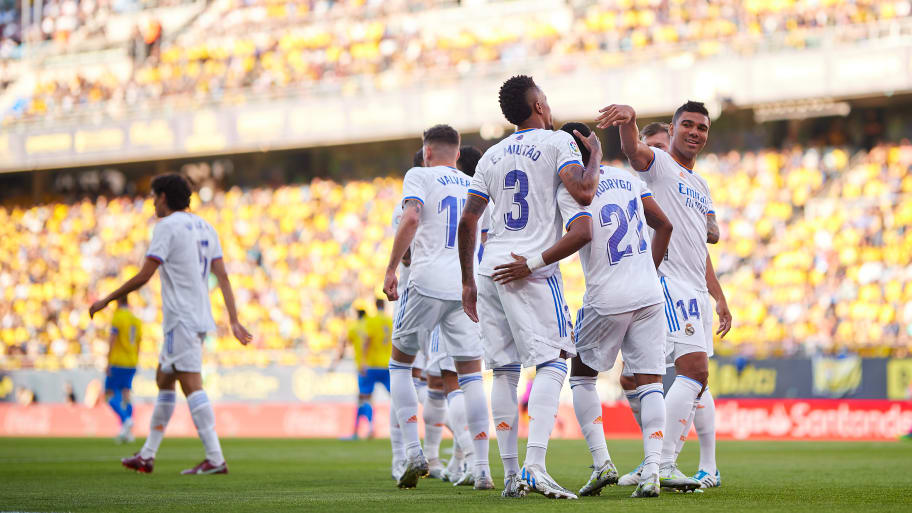 Real Madrid play the final game of their La Liga season on Friday night, hosting Real Betis at the Santiago Bernabeu to bring the curtain down on their triumphant domestic campaign.

Los Blancos of course have other matters to concentrate on with the Champions League final on the horizone but will undoubtedly want to finish the league season on a high, having followed a 6-0 dismantling of Levante with a disappointing 1-1 draw at Cadiz this month.

A win won't come for free against Real Betis, though, a tough side that still has hopes of securing Champions League football. The visitors head into the final matchday three points behind fourth-placed Sevilla with the same goal difference.

When is kick off? Friday 20 May, 20:00 (BST)
Where is it being played? Santiago Bernabeu
TV channel? LaLigaTV (UK), ESPN+ (US)
Highlights? La Liga Santander YouTube

Carlo Ancelotti named a much-changed side away at Cadiz last time out but, to keep those stars sharp, we can expect a return to a more familiar lineup.

Thibaut Courtois, Karim Benzema and Vinicius Junior are likely to return to the side, while Luka Modric and David Alaba should return from suspension and injury respectively.

Eden Hazard, however, is expected to miss out with a knock, while the likes of Casemiro and Eder Militao could be rested having featured last weekend.

Claudio Bravo, Victor Camarasa and Martin Montoya will all remain absent through injury, although the visitors will welcome Marc Bartra back from suspension.

Elsewhere, Manuel Pellegrini is likely to name the same side that beat Granada 2-0 last time out, with Hector Bellerin possibly playing his last game for the club if a more permanent agreement with Arsenal isn't struck during the summer.

The Real Madrid mindset will certainly be more focused on their gargantuan trip to Paris in the Champions League eight days after their final-day clash with Betis but, even so, these giants of the game won't simply gift their opposition a result.

Expected to take to the field with a stronger side than at Cadiz, Ancelotti's side will inevitably look more themselves this time around. Having said that, they're playing a Betis side with everything to play for and certainly won't have it all their way.