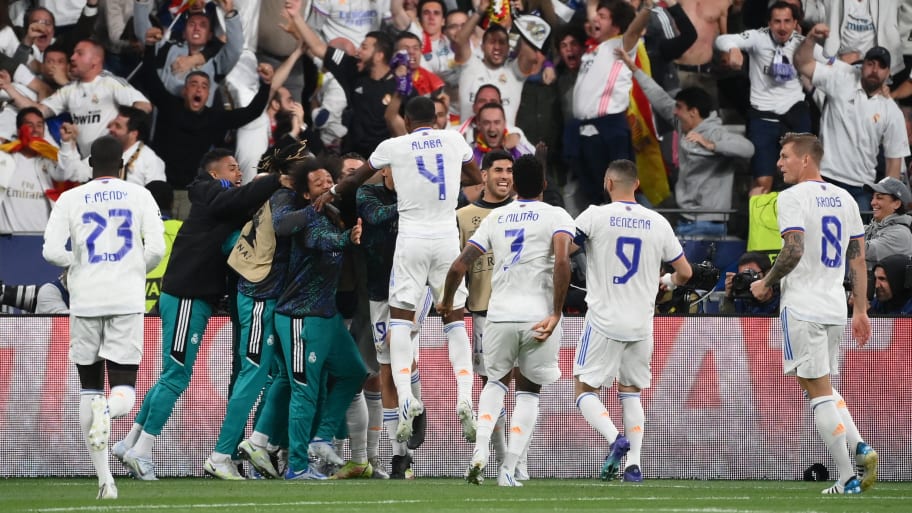 Real Madrid have won the 2021/22 Champions League after defeating Liverpool 1-0 in the final in Paris on Saturday night.

It's Los Blancos' 14th triumph in Europe's elite club competition and their first since 2018 when they beat the Reds 3-1 in Kyiv.

Vinicius Junior scored the game's only game, netting at the back stick from Federico Valverde's ball across the box, aided by some static Liverpool defending.

The victory completed a remarkable Champions League campaign. Having lost in the group stage to lowly Moldovan outfit Sheriff Tiraspol, Real came through to the knockout stages by beating Paris Saint-Germain, Chelsea and Manchester City to set up the final against Liverpool.

The Reds were on top in patches throughout Paris' showpiece, with Sadio Mane and Mohamed Salah both going close for Jurgen Klopp's side, but Courtois alongside defenders Dani Carvajal, David Alaba, Eder Militao and Ferland Mendy remained strong at the back.

This article was originally published on 90min as Real Madrid win 2021/22 Champions League.