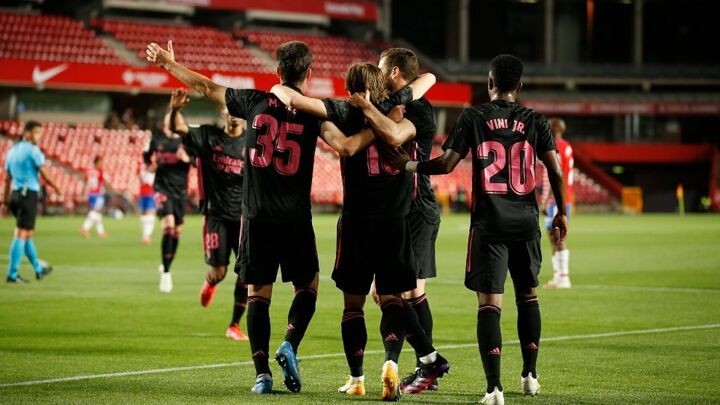 Real Madrid have had to start their preparations for the huge LaLiga Santander clash away at Athletic Club, having hardly had a chance to rest after their 4-1 win against Granada.

The match on Thursday night finished at nearly midnight, meaning they had to travel back to the capital overnight.

The Real Madrid squad had to travel by bus to Malaga airport and then fly to Madrid early on Friday morning, and they arrived back at Valdebebas at around 5:00 CEST.

What made matters worse was that players were then due to undergo PCR tests at 11:00 under LaLiga regulations ahead of their trip to Bilbao, and they then started the first of just two training sessions they have ahead of their match on Sunday.

Many at the club aren't happy with the organisation of their league fixtures, with Athletic having 24 hours more preparation time ahead of the game, and they have cited the 22:00 CEST kick-off time on Thursday, as well as the PCR protocols, as being problematic.

Zinedine Zidane would have preferred a far better opportunity to prepare for two of Real Madrid's most important matches of this season, both of which have to be played less than 70 hours apart.