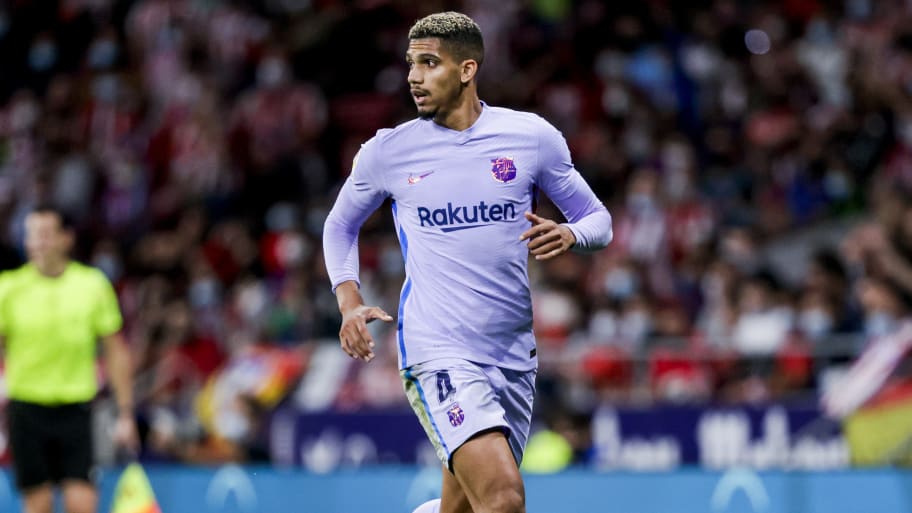 Uruguay have confirmed that Barcelona centre-back Ronald Araujo has suffered a hamstring injury and has been released from the squad for treatment.

The 22-year-old managed 73 minutes of Monday's defeat at the hands of Argentina before limping off the field and complaining of pain, which tests have now confirmed is a problem with the defender's hamstring.

As a result, Uruguay have confirmed that Araujo has been released from the squad and play no part in Thursday's meeting with Brazil.

While there's no mention of the severity of the injury - Barcelona added that they are planning to conduct their own tests when Araujo returns - his involvement in Sunday's meeting with Valencia obviously appears to be in doubt.

Araujo seems certain to miss out on that one, not least because Real Madrid are due at Camp Nou the following weekend and Ronald Koeman will not want to take any risks with a player who has been one of Barcelona's best defenders so far this year.

There's also a Champions League meeting with Dynamo Kyiv next week, and given Barcelona sit bottom of their group after losing both of their opening games 3-0, a third consecutive defeat could be fatal to their slim hopes of advancing.

Should Araujo miss out, Koeman will have Eric Garcia, Samuel Umtiti and Clement Lenglet to choose from as senior options alongside Gerard Pique, and the belief is that Lenglet is getting ready for an increase in minutes after the international break.

According to Sport's Toni Juanmarti, concerns over Lenglet's knee injury have subsided and there are hopes that the Frenchman is ready to be handed just his second start of the season in all competitions.

Forwards Sergio Aguero and Ousmane Dembele are also back in training with the squad, although whether either will be ready to face Valencia is unclear.

This article was originally published on 90min as Ronald Araujo suffers hamstring injury with Uruguay.