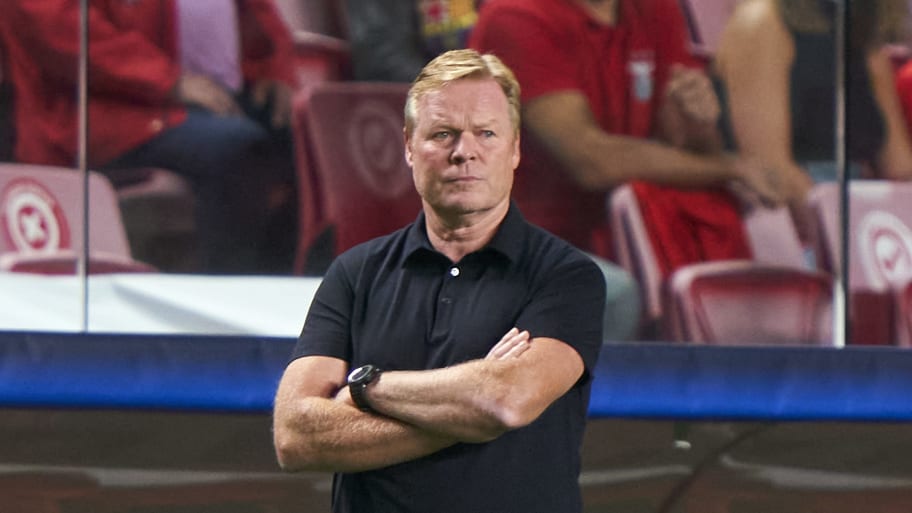 Barcelona boss Ronald Koeman has admitted that while he is relieved to have the public backing of club president Joan Laporta, he would like to have received support sooner.

Laporta said on Saturday that Koeman will remain in charge despite mounting pressure - Barça have now won just one of their last six games - though it has been suggested that this is simply because the club cannot afford to sack him.

Atletico Madrid beat Barcelona 2-0 on Saturday evening. Luis Suarez was among the goal scorers and mocked Koeman's decision to oust him from La Blaugrana via a phone call in his celebration.

Speaking post-game, Koeman said his position with Laporta is clear.

"We spoke last night and this morning. We have spoken about the squad and there is clarity," he said (via the Daily Mail).

But when asked about whether he could have been publicly backed sooner, Koeman said: "Yes, that could be. But I'm grateful that it's been said. It's never too late.

"I thought that it would be good to have clarity. But I know results always decide. We have to win our three home games after the international break.

"I believe that I can improve the situation. We are missing important players. All I have been able to do is get the best of the players we have had available."

90min understands that Xavi is Laporta's preferred candidate to replace Koeman as manager, but the Catalan giants' president needs to convince him that returning to the club now is the right move.

The legendary former midfielder is currently managing Al-Sadd in Qatar, and signed a new and improved two-year contract earlier in the summer - despite being linked with the Barça job before.

As for Barcelona's standing in La Liga, they are ninth in the table after picking up just three wins from seven matches. They could be eight points adrift of rivals Real Madrid by the end of the weekend; a disastrous start to the campaign by their lofty standards.

This article was originally published on 90min as Ronald Koeman critical of timing of Barcelona backing.