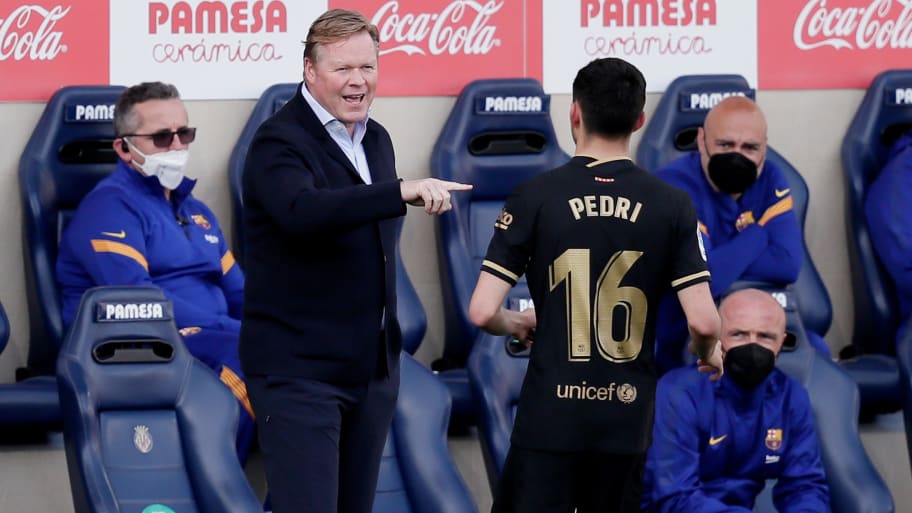 Ronald Koeman has claimed that he had to fight to keep Pedri in the Barcelona first team for his debut 2020/21 campaign.

Pedri made his long-awaited move to Barcelona in the summer of 2020 with just one year of second-tier football with Las Palmas under his belt, but the talented teenager immediately became a key part of Koeman's setup and remains a vital player under current boss Xavi.

Speaking at AK Coaches World, Koeman revealed that things could have gone a completely different route as Barcelona were actually looking at loaning Pedri out for the 2020/21 campaign before Koeman himself had to put a stop to such a move.

"In that pre-season, I said that I had to keep him in the team because Barça had offers for him to play on loan for a year, But I said 'Pedri is not leaving here, he's going to be a starter soon', and that's exactly what happened."

Koeman continued: "I don't know if it's bravery [to put faith in youth players], but we have a custom in the Netherlands, where you can learn a lot if you're a young player. It's not the strongest league, technically or physically, but there are a lot of youngsters and the clubs give you time and trust.

"We're just like that. I don't think it's a risk because a 20-year-old can improve and a 32-year-old probably can't. We have that habit of putting our faith in young players.

"All the youngsters we have given opportunities to - at Barça it was Pedri, Gavi, Nico and some others - it is because they are talented. They have quality. And with more experience, these players will improve easily."

Koeman also admitted that he was disappointed not to get the chance to complete the squad rebuild he started at Camp Nou.

"It always hurts when you can't finish what you wanted to finish, with more years on my contract," he said. "In my case, I think people who understand football, the club and the economic situation of Barça, they believe I did a good job for them. I don't want to say a great job, nor a bad job. I think it was a good job in a very complicated situation.

"It's still showing that it is a very complicated situation. Hopefully, Barça can return to where they belong. But the people who know, know perfectly well that it was a very complicated situation in which I, as a coach, did everything I could for the club and accepted things from the club to improve its economic situation and accepted things from the club for the club, such as letting [Antoine] Griezmann go to Atletico Madrid.

"I have never thought about myself, I always did things for Barça. In the end, you'll always have people supporting you and against you."

This article was originally published on 90min as Ronald Koeman reveals Barcelona nearly loaned out Pedri before debut season.