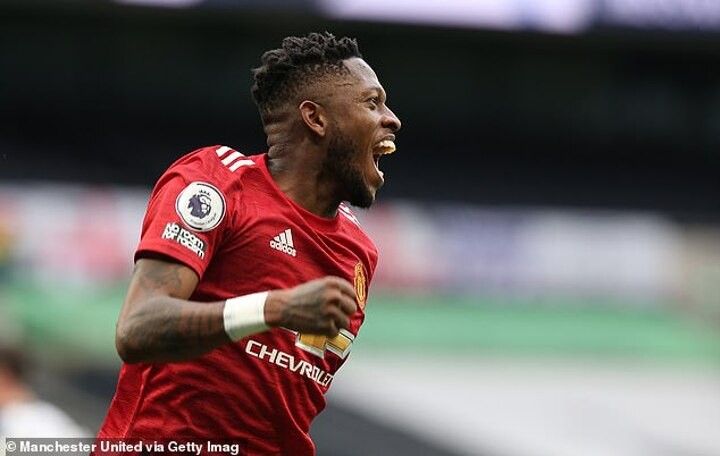 The Sky Sports pundit said the Manchester United midfielder was 'dreadful' and that he failed to see why people were praising him after their 3-1 victory.

Keane credited United with 'good link-up play' but said that Fred's goal was the only satisfactory part of his performance and that he actually thought he was going to miss it.

Speaking after the game, Keane said: 'Just as well Fred scored because I thought he was dreadful, I don't know what people are talking about he had a game.

'But again good link-up play from United, which is what they are good at. One-two in and around the box, poor defending from Tottenham and Fred on the spot.

'I thought he [Fred] was even going to miss that [goal], but lovely play.'

Fred's goal got Manchester United back into the game after they went 1-0 down following a controversial VAR decision.

Edinson Cavani thought he had put United ahead before the half-time mark when he latched onto Paul Pogba's pass and slipped it past Hugo Lloris to make it 1-0.

However, the goal was overturned following a VAR review as Scott McTominay's hand had made contact with Son Heung-min's face in the build-up.

Son added insult to injury by scoring just moments after the decision, handing Tottenham the advantage.

United went on to win the game 3-1 after Cavani and Mason Greenwood added to the tally.