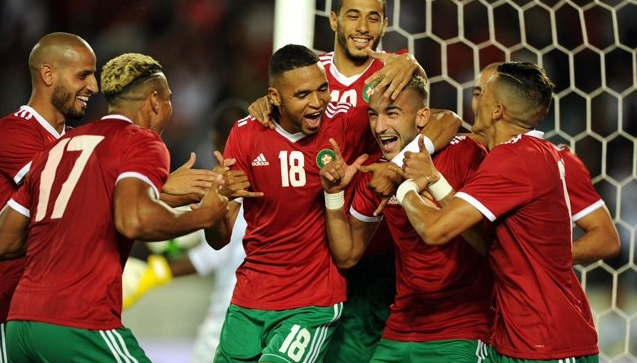 Senegal and Morocco have become the first two countries to book their spot in the third round of the qualifying campaign for Qatar 2022.

The Teranga Lions won 3-1 over Namibia to reach an unassailable 12 points in Group H.

Famara Diédhiou bagged a hat-trick for the West Africans while Peter Shalulile secured the consolation for the hosts.

Morocco’s 4-1 victory in Guinea saw them through to the next stage after opening an eight-point gap with only two games left in Group A.

In Group G, Zimbabwe and Ethiopia are out of the qualifiers with the race now left with Ghana and South Africa.

Meanwhile, the eight remaining spots will be decided in November when the group stage is sealed.

The ten group winners will be paired to decide the five teams to represent Africa at next year’s World Cup finals in Qatar.