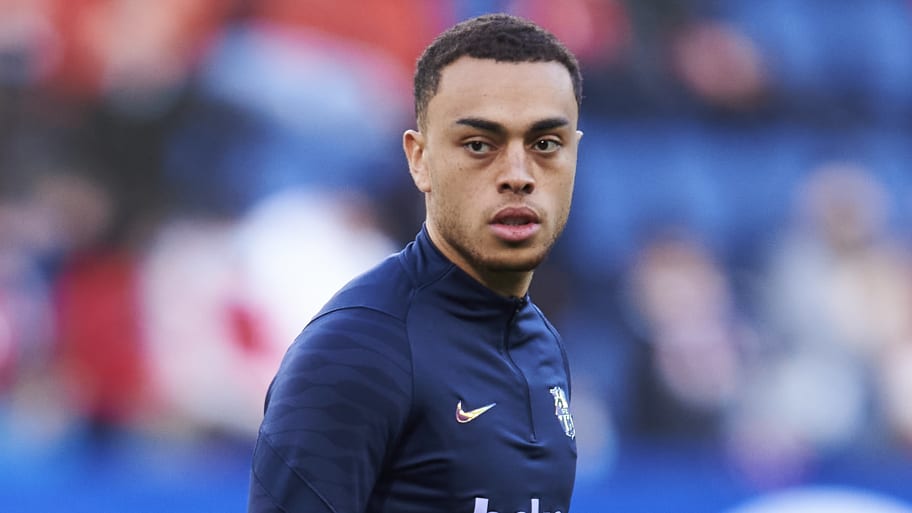 Sergino Dest, who has been linked with Chelsea recently, is 'unlikely' to leave Barcelona this month according to his agent.

The USMNT starlet has featured more regularly than he might have expected since signing from Ajax in 2020, making 57 appearances across the last two campaigns.

Saying that, he has slipped down the pecking order this season, largely due to a string of niggling injuries. Dani Alves' recent arrival, as well as the return of Sergi Roberto from injury, are also likely to cut his first-team prospects further over the coming months.

Reports last week suggested that Chelsea could be ready to make a move for Dest, as they look to relieve their defensive injury crisis. He had also been attracting interest from Bayern Munich, who had been in for him before Barcelona secured his signature.

However, his agent has distanced the 21-year-old from a Camp Nou exit.

"Sergino is happy at Barcelona. It's a great club. That's why it's quite unlikely at the moment," Michael Reschke told Ran.

Despite this, reports suggest that Dest's longer-term future is uncertain as Xavi has not been overly impressed by his performances since taking over as head coach.

This article was originally published on 90min as Sergino Dest's agent rules out Barcelona exit amid Chelsea interest.