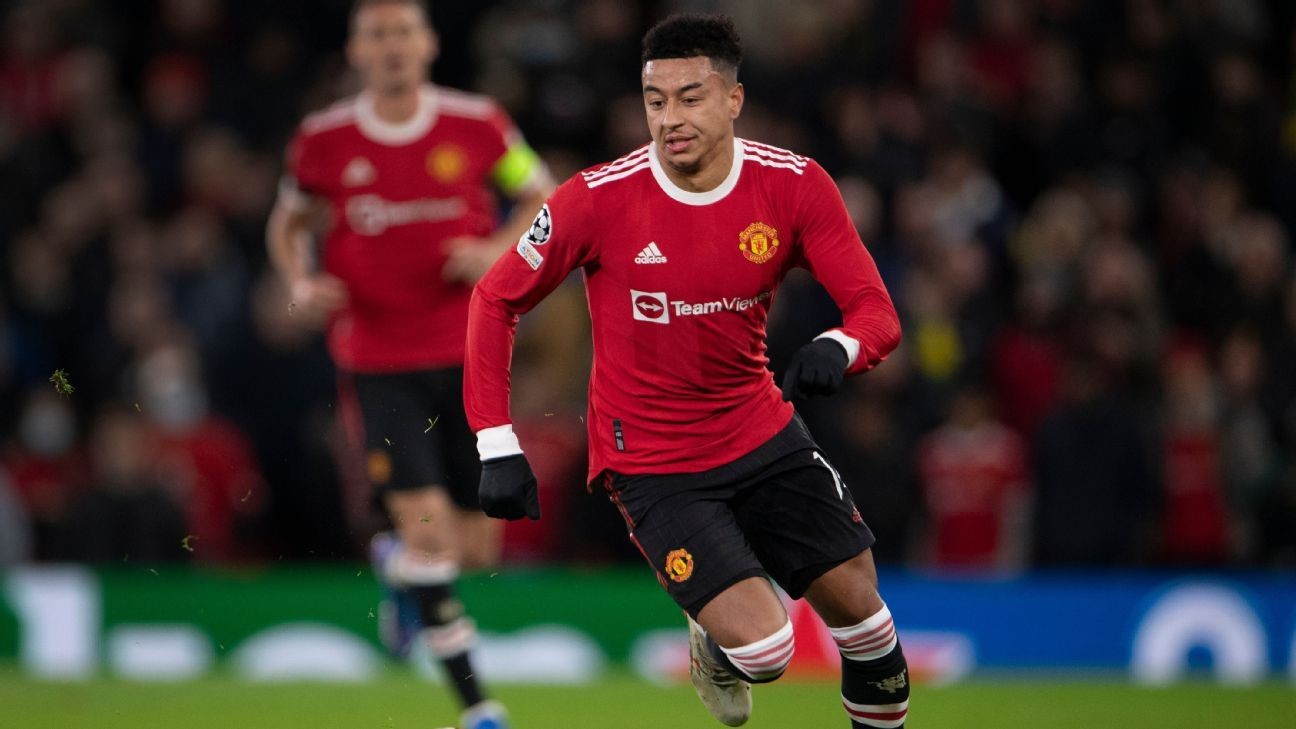 Tottenham and West Ham have both had approaches rejected this month because United do not want to strengthen clubs competing for a place in the top four.

Newcastle, 19th in the table and battling relegation, represent a safer option if United agree to let Lingard move but sources have told ESPN that Rangnick is keen to keep the 29-year-old until the end of the season.

Sources have told ESPN that the German's main concern is that another COVID-19 outbreak at the club could further de-rail the campaign while they remain in three competitions.

Lingard is out of contract at Old Trafford in the summer and has so far rejected the offer of a new deal. His priority is to find regular first team football after being restricted to just two starts this season.

Sources have told ESPN that Barcelona and Milan are among a number of clubs in England and abroad who have registered interest in signing Lingard on a free transfer in the summer.

Jesse Lingard is out of contract at Manchester United in the summer. Visionhaus/Getty Images

Lingard remains hopeful of earning a place in the England squad for the Qatar World Cup in December after playing a key role in the run to the semifinals in 2018.

His form at West Ham last season won him a place in Gareth Southgate's preliminary squad ahead of Euro 2020 and although he featured in World Cup qualifiers in September and October, he lost his place for the Novembers internationals because of a lack of first team football at United.

Lingard was a late substitute in the 2-2 draw with Aston Villa on Saturday but is unavailable for the trip to Brentford on Wednesday because of an ankle injury.

"Obviously he needs to play and train on the kind of level that he is an option to start," Rangnick told a news conference on Tuesday.

"We have a big squad, maybe a little bit too big of a squad. As far as I know, his contract is expiring in the summer and the question is what will happen after that four months?

"Again, he is a player who can play.