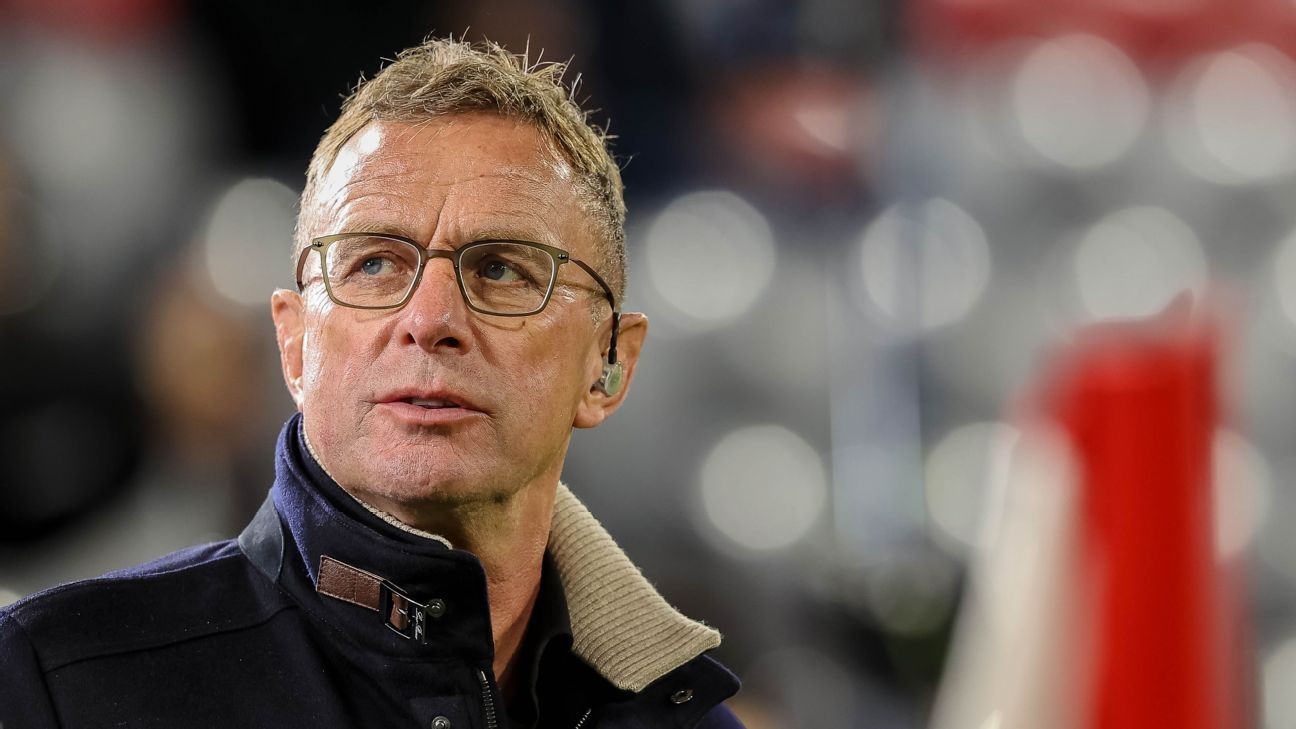 Ralf Rangnick has been given the green light to take over as Manchester United's interim coach after obtaining a work visa, sources have told ESPN.

Rangnick's reign at Old Trafford, announced on Monday, has been delayed while United work through the necessary paperwork.

With the process now complete, the 63-year-old can begin his role, which includes a contract to lead the team until the end of the season before taking up a two-year consultancy position.

Sources have told ESPN that Rangnick, who toured Old Trafford on Wednesday with football director John Murtough, will watch the Premier League clash with Arsenal on Thursday night from the stands but should be in the dugout for Sunday's fixture against Crystal Palace.

Caretaker boss Michael Carrick will be in charge on the touchline against Arsenal and sources have told ESPN that Rangnick has had no input in the build-up.

The German is set to take the reins on Friday morning, when he will hold a news conference.

Carrick will stay on to assist Rangnick until the end of the season, along with other members of Ole Gunnar Solskjaer's coaching team including Mike Phelan, Kieran McKenna and Richard Hartis.

Sources have told ESPN that Rangnick has also been allowed to bring in "a small number" of his own staff.