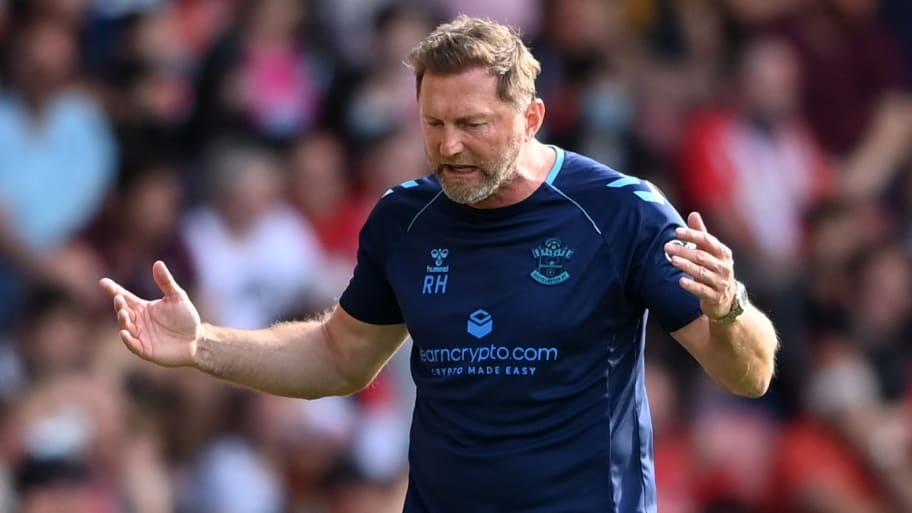 Southampton return to Premier League action against Leeds this weekend hoping to finally secure a first league win of the new 2021/22 season.

Ralph Hasenhuttl's side have enjoyed some impressive results and were on a run of four successive draws - including against Manchester United and Manchester City, but are yet to get over the line in 90 minutes for a full three points.

Here's a look at the starting XI the manager could pick for this one...

Alex McCarthy (GK): Kept consecutive clean sheets against West Ham and Manchester City last month but is still waiting for a first shutout since then.

Tino Livramento (RB): A bright spark in an otherwise difficult season for the Saints. Has played every minute in the Premier League since his summer switch from Chelsea.

Jan Bednarek (CB): Jack Stephens is out but he still has to hold off competition from Brazilian defender Lyanco, who is yet to play in the Premier League since arriving from Torino.

Mohammed Salisu (CB): One of the first names on the teamsheet and has missed less than half a game in the league so far.

Kyle Walker-Peters (LB): Favoured over summer signing Romain Perraud since August even though left-back is not his natural position.

Theo Walcott (RM): It has been a challenging season so far but this is his chance to start consecutive Premier League games for the first time since August.

Ibrahima Diallo (CM): Brought on last time out in the tactical reshuffle that followed James Ward-Prowse’s red card against Chelsea and could get his first league start of the season.

Oriol Romeu (CM): Will be crucial in breaking up play and limiting the impact of the Leeds midfielders. Has started every league game this season.

Moussa Djenepo (LM): Could return to the starting lineup here. Has looked threatening off the bench at time but needs to find a more consistent level of quality.

Nathan Redmond (ST): Expected to continue in a more central role up front with Che Adams out. Yet to get a goal or assist in the Premier League this season.

Adam Armstrong (ST): Still searching for his first goal since the opening weekend of the season back in August. Has given the Saints a tenacious presence though.

This article was originally published on 90min as Southampton predicted lineup vs Leeds - Premier League.