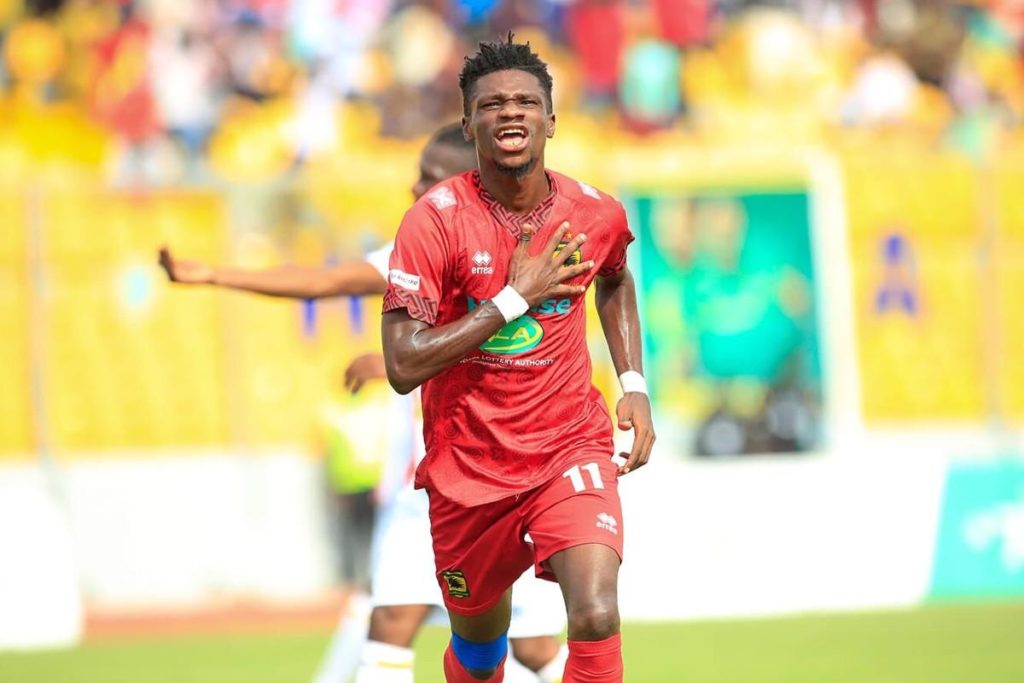 Red-hot Asante Kotoko striker Frank Etouga Mbella has popped up on the radar of Spanish side Elche ahead of the summer transfer window.

Elche join rivals Atletico Madrid, who have already established interest in the forward.

The 20-year-old forward has been Asante Kotoko's livewire this season, netting his 19th goal of the campaign against Aduana to set a new record at the club.

His outstanding display in the Ghana Premier League has seen him arouse interest in several European clubs including the Colchoneros.

According to close sources, the red-hot forward will not stay in the Ghana Premier League for long as he is set to make a move to Europe next season.

Frank Mbella Etouga leads the golden boot race in the Ghanaian topflight league with 18 goals, after netting the winner against WAFA on Saturday in Sogakope.

He joined the Porcupine Warriors in October 2021 from Cameroonian outfit AS Fortuna du Mfou.