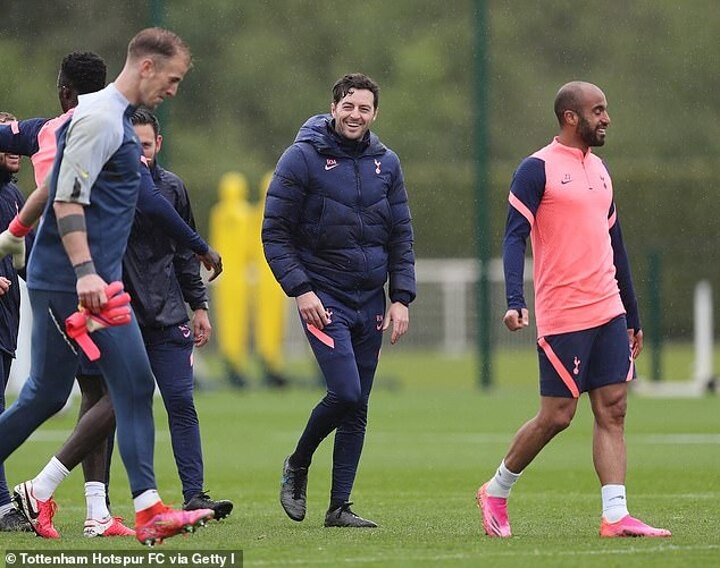 Interim Tottenham boss Ryan Mason wants the club and fans to be united amid a fractious time caused by the proposed European Super League.

Spurs fans are unhappy with the owners and chairman Daniel Levy for their part in the failed breakaway and for years of perceived lack of investment in the playing squad.

Mason said: 'I respect the fans, they're the heart and soul of the football club and their opinion matters, it really does.

'We want our fans, our team, our football club to be aligned, all pulling in the same direction. But what I will say, our chairman and our board have done incredibly for this football club in the last 10, 15 or 20 years since they've been here.

'I know how fans see that, I know how fans respect that as well. The most important thing for me is the connection between fans, players and everyone involved in the football club.

'They're entitled to their opinion, there's also Wednesday next week when they can come and help and support the team. I'm sure that's in the back of their minds as well, to get back in our beautiful stadium and hopefully help the team... that will be a massive bonus for them.'

Mason does not know whether Wales left-back Ben Davies will be fit for the European Championship after ruling him out of Spurs' last three Premier League games. Davies picked up an ankle injury in March and will not play again this term.

Mason added: 'I am not sure. Ben was out doing some individual work and hopefully he will progress very nicely over the next few days and the next week.

'It is too early to make a decision on the Euros but I am sure Ben feels confident on that. We just know he has been out for such a long time, it is not very realistic to expect that he will return to training or play a game in the next 10 days.'