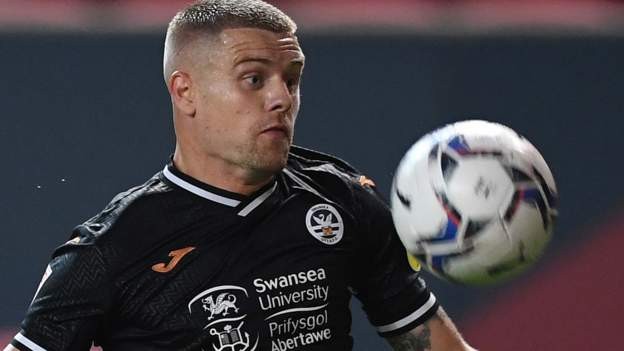 Bidwell, 28, sees his Swansea contract expire at the end of the season.

The move is not expected to involve a transfer fee.

Bidwell has played 105 games, scoring three times, since joining Swansea on a free transfer in 2019 after he was released by QPR.

Capable of playing left-back or left-wingback, he has been a reliable performer throughout his stint in Wales and has made 19 appearances this season.

He has been linked with the likes of Birmingham City and Preston North End, but it is Coventry, who are 10th in the second tier, who look set to get a deal over the line.

Bidwell's exit would leave Swansea short of options on the left side of defence, and they could look to replace the former Everton youngster during the January transfer window.

Head coach Russell Martin has signed goalkeeper Andrew Fisher and defender Cyrus Christie this month, but is also keen to strengthen in midfield and attack.

MK Dons midfielder Matt O'Riley is high on Martin's list of targets, though Swansea would need to pay a seven-figure fee to land the 21-year-old.