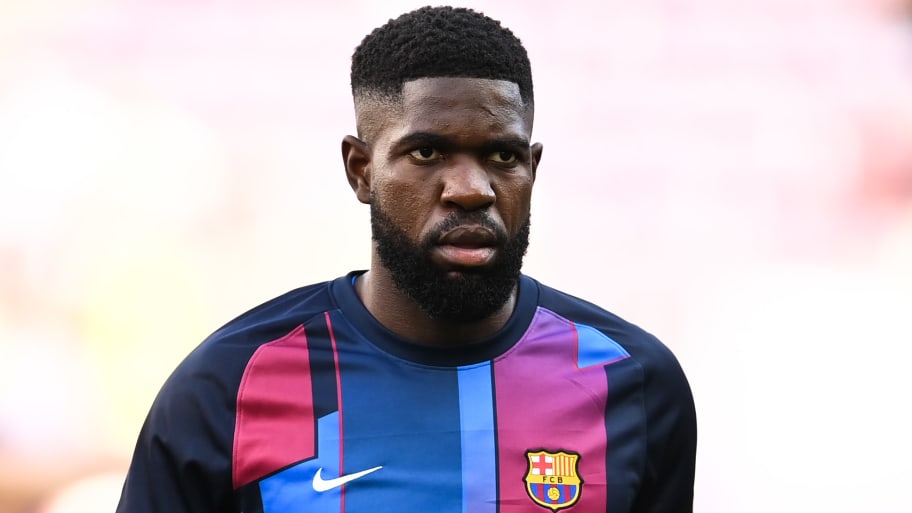 Barcelona's decision to extend the contract of centre-back Samuel Umtiti raised more than a few eyebrows, but there are some key details behind the new deal which make it look like a stroke of genius.

The club are actively trying to offload Umtiti this month but, after failing to do so, extended his contract until 2026 with enough of a wage cut to complete the registration of new signing Ferran Torres.

According to Gerard Romero, Umtiti has agreed to cut his salary by 10% and stretch out the money he would have received in the 18 months of his previous deal over the next four-and-a-half years, so Barcelona aren't actually paying him any extra, and his short-term earnings are significantly lower than they would have been.

However, the true genius of the deal is this: Barcelona can terminate it in 2023.

Umtiti's previous deal was set to expire in 2023, and the chances of him earning a traditional extension were slim to none, so everybody involved would have been prepared for him to walk away for free at that point anyway.

Now, it looks like Barcelona can still offload Umtiti in 2023, with an agreement over termination of the deal already struck.

In the short term, Barcelona still want to get rid of Umtiti and the player himself is believed to be keen to leave as well, with both parties well aware that he doesn't actually have a future at Camp Nou.

The main stumbling block to an exit has been his wages, which did sit at close to the £200,000-a-week mark. No teams wanted to pay that, but with Umtiti now earning considerably less, the hope is that new doors will be opened.

Umtiti has played just 90 minutes of football this season, instead remaining an unused substitute in 23 matches in all competitions so far.

He still harbours hopes of making it into France's squad for the 2022 World Cup but accepts that he needs to play to get there, so a loan move remains the likeliest outcome.


This article was originally published on 90min as The key details behind Samuel Umtiti's contract extension.