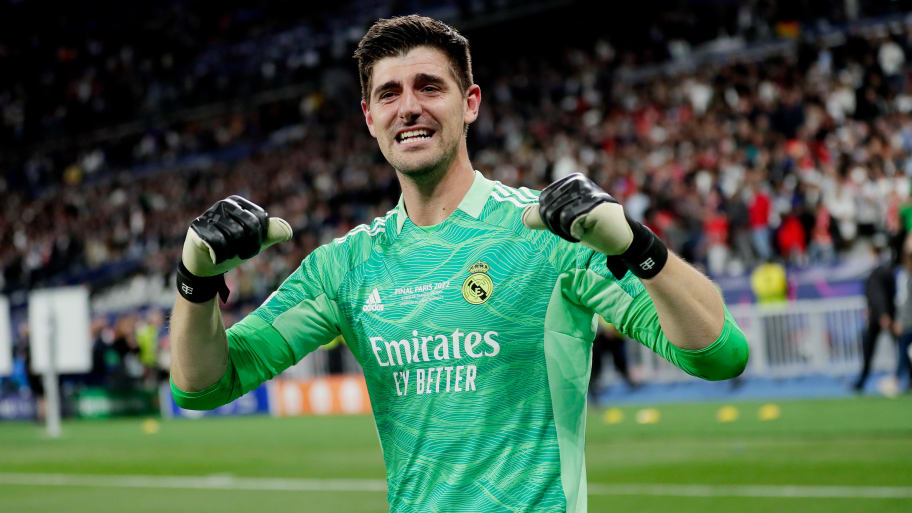 Thibaut Courtois hit back at his critics after his starring performance in Real Madrid's 1-0 Champions League final victory over Liverpool on Saturday night.

The Belgian made a series of superb saves to keep the likes of Mohamed Salah, Sadio Mane and Diogo Jota at bay, with Vinicius Junior's second-half strike proving enough to secure Los Blancos victory over the Reds.

Courtois has grown immeasurably since his move to the Bernabeu and at full time in Paris he took the opportunity to bite back at those who have dismissed his credentials over the years.

He told BT Sport: "Yesterday [Friday] in the press conference I said that when Madrid plays finals they win. I was on the good side of history.

"I saw a lot of tweets coming my way that I would get humbled today it was the other way round.

"Today I needed to win a final for my career, for all the hard work to put respect on my name as I don’t think I get enough respect, especially in England. I saw a lot of criticism even after a great season.

"I am really proud of the team. We stuck to it and when I needed to be there I was there for the team.

"We beat some the best clubs of the world. City and Liverpool were unbelievable this season. They fought to the end in the Premier League, Liverpool won two cups and they were really strong.

"We played a great game today. We had one chance and scored it."

This article was originally published on 90min as Thibaut Courtois hits back at critics after outstanding Champions League final display.