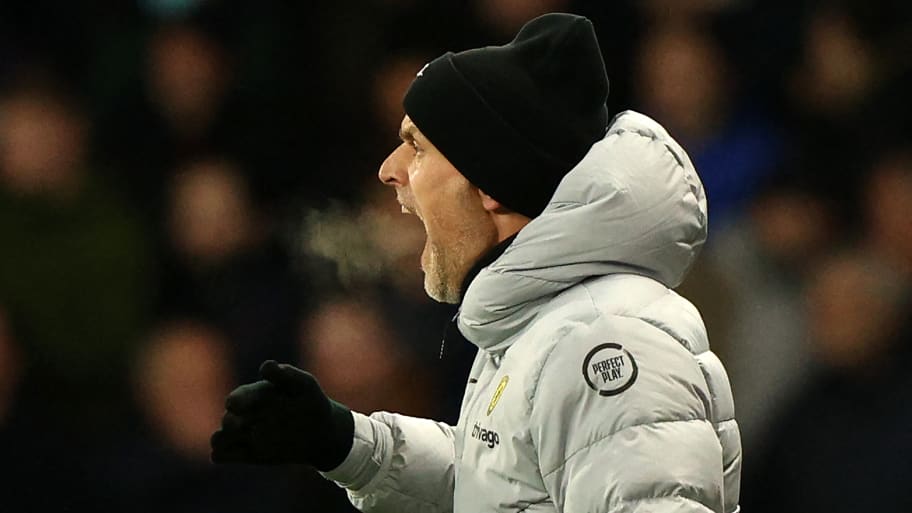 Chelsea head coach Thomas Tuchel has pulled no punches in his assessment of the narrow victory over Watford on Wednesday night, labelling his side "sloppy" and admitting the Blues "stole three points".

The Hornets swarmed Chelsea from minute one at Vicarage Road, coming incredibly close to taking the lead twice in the opening five minutes through Joao Pedro and a cross that deflected off Cesar Azpilicueta.

A 35-minute suspension in play due to a medical emergency in the crowd did not derail the home side's approach, and they remained on the front foot even after Mason Mount gave Chelsea the lead against the run of play.

The equaliser arrived shortly before half-time, as Emmanuel Dennis squeezed a shot through Antonio Rudiger's legs and into the bottom corner after Ruben Loftus-Cheek was robbed of possession in midfield.

However, despite being the inferior side throughout, substitute Hakim Ziyech popped up to win the game for the visitors with just over 15 minutes remaining as Watford's intensity finally relented.

Speaking in his post-match press conference, the nature of the victory was not lost on Tuchel, who lamented his side's display.

"We were very sloppy," he said. "It was a very unusual performance from us. We were not ready. I’m involved in that, I have to get the team ready and prepare them for what’s coming. For the first time, we were completely underperforming as a team. We did not cope well with the first balls, the pressure, the second balls.

"It’s one thing to win or lose challenges, but we did not even find them. We had the chance to speak about it in the break, and again at half-time. We tried to give easy messages because it was obvious we struggled in the build-up. We needed to do the basics better and change the mentality."

The German continued: "We tried. I don’t think I was too critical with the players, just analytical. We are also critical with ourselves. We can admit we were lucky to win this game. I won’t focus long on this match because we play again on Saturday.

"There are some reasons it wasn’t easy. Watford played with a lot of enthusiasm and we struggled with the basics. We are in this together and we got a lucky win today. We stole three points.

"The goal from Mason didn’t really help us to find the grip and grow into the game. We conceded. We were trying to influence the game from the bench with offensive changes.

"We lost points against Burnley and Man United. It was 1-1 and we tried to infuse some courage with offensive changes. We hoped maybe the space would open up if Watford continued to attack so bravely with high number eights."

The narrow victory means Chelsea remain top of the Premier League by a single point. They would have slipped to third had they drawn.

This article was originally published on 90min as Thomas Tuchel admits Chelsea 'stole 3 points' against Watford.