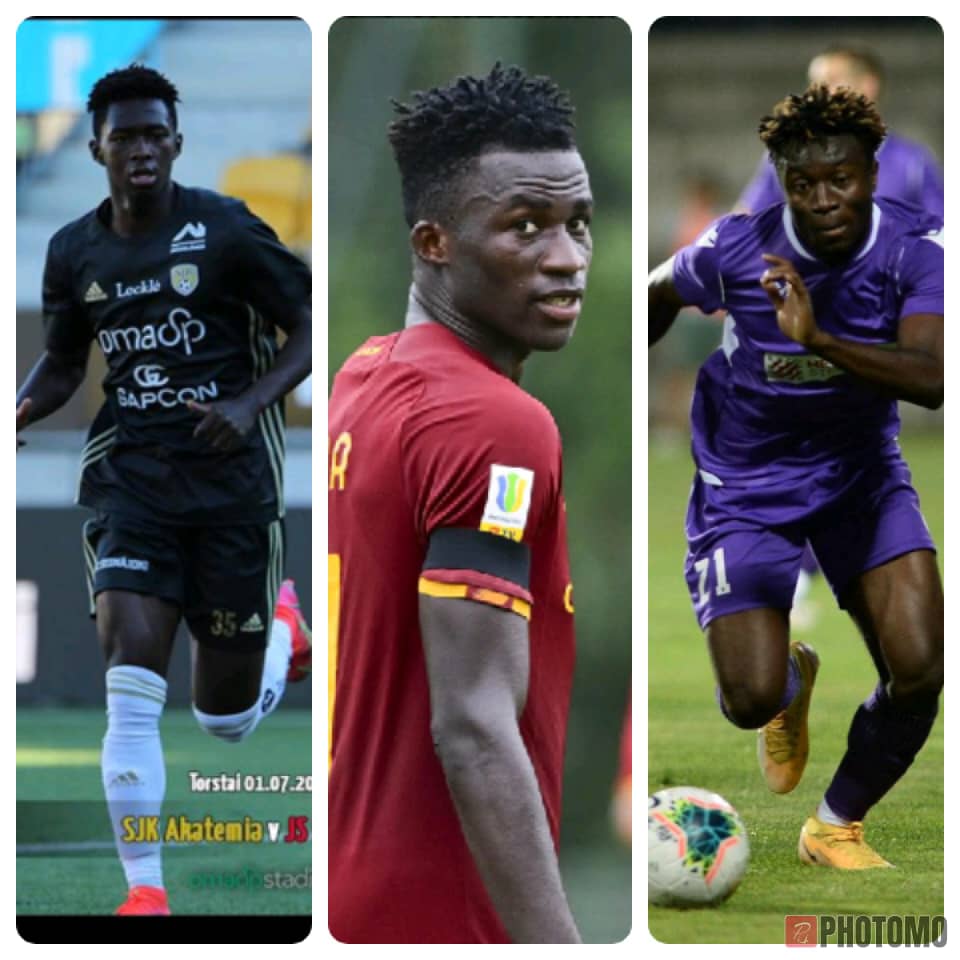 After joining Roma last January where he had to adapt to the environment and start from the U 18 side, Felix Afena-Gyan has started his first full season in scintillating form for Roma in the Primavera division.

Gyan is the top scorer in Italy's U19 division with four goals in three consecutive matches for the Giallorossi.

The 18 year old hotshot scored a brace last Sunday at home in a 2-0 victory against Hellas Verona. Earning him a spot in the Primavera team of the week two times in a roll.

Felix Afena-Gyan's performances has ensured that Roma are the only unbeaten side in the league and top of the table with 10 points.

Ofori bagged a brace last Sunday for SJK Akatemia in 5-0 triumph against Narpes Krafts in match day 21 on Sunday.

However, his efficiency in front of goal for junior side, Akatemia, has pushed the club to extent his contract to 2022.

Ibrahim Mustapha has made a contribution of 5 goals and three assists for Radnicki Mitrovica so far this season in the Serbia Prva Liga. He has been involved in more goals than any other player in the league

The attacking midfielder has twice been named as the best performing player in his role this season in match day two and nine team of week.

Ibrahim's speed, intelligence on the ball, and vision for the final ball ranks as the best in the league.

In match day two Mustapha was involved in four goals in a 5-2 win against Timok at home. He scored a goal, provided an assist and earned spot kicks for his club Radnicki Mitrovica.