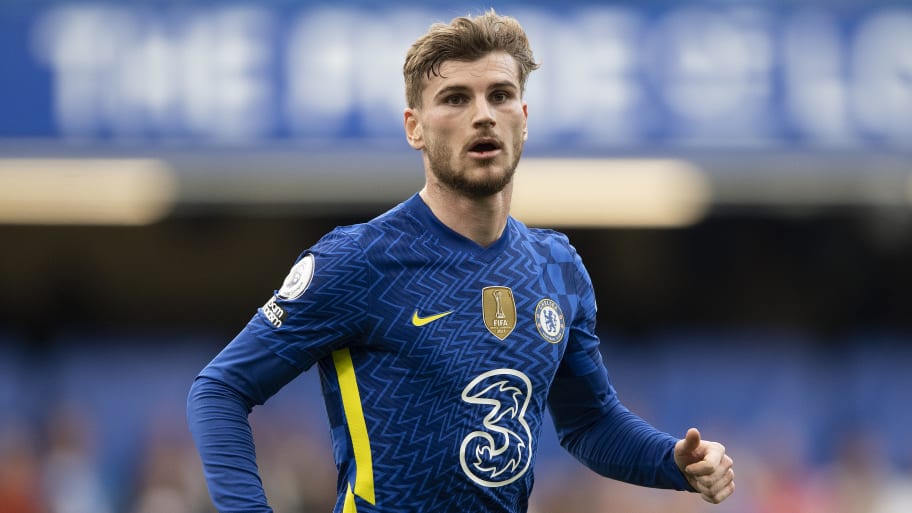 Timo Werner has admitted he doesn't regret joining Chelsea instead of Liverpool back in 2020.

The Germany striker was heavily linked with a move to Anfield during his stellar years at RB Leipzig, but ultimately went to Stamford Bridge instead for a £47.5m deal.

While Werner hasn't hit the same goalscoring heights as he did in the Bundesliga, he has become a fan favourite at Chelsea, and he has opened up on the interest this weekend's FA Cup final opponents had in him in the past.

When asked how close he was to joining Liverpool by the Evening Standard, Werner replied: “The only thing I can say is they have a German manager. I have known him for many years before, because when I was in Stuttgart, he talked about going to Dortmund. Then I played not so well, so it was done.

“When I was in Leipzig, I had the possibility to come to the Premier League. Liverpool were also in my thoughts and were a big possibility for me, but at the end I decided for Chelsea and I won the Champions League title last year. It was not the worst decision.”

Werner added that he is a huge fan of the work Jurgen Klopp has done over his managerial career, though did add that his own boss Thomas Tuchel is on a similar level to the Liverpool coach.

Listen now to 90min's Chelsea podcast Wherever You May Be, hosted by Olivia Buzaglo. Each week, Olivia and guests Krishan Davis & Anita Abayomi talk all things blue. In our latest episode, the team discuss Antonio Rudiger's departure, Chelsea's recent form and Reece James.

“[Klopp] is one of the best coaches we had in Germany,” he added.

“Not to attack our manager, but over the past years he won the most titles. He has a very nice personality - a personality that the German people love, because he seems like fun.

“The Germans love the types like Thomas Muller, Jurgen Klopp - they have empathy. They say what they think, and that is really important in this business, to not fake something.

“He’s real. He is a funny guy and also, with his power on the sideline, he tries to bring the people with him. That’s what we Germans like.”

Speaking about Tuchel, Werner said: “He is on a level now where, when you say who are the best managers, you have only now Klopp, him and [Pep] Guardiola maybe."

This article was originally published on 90min as Timo Werner reveals he has no regrets in choosing to join Chelsea over Liverpool.