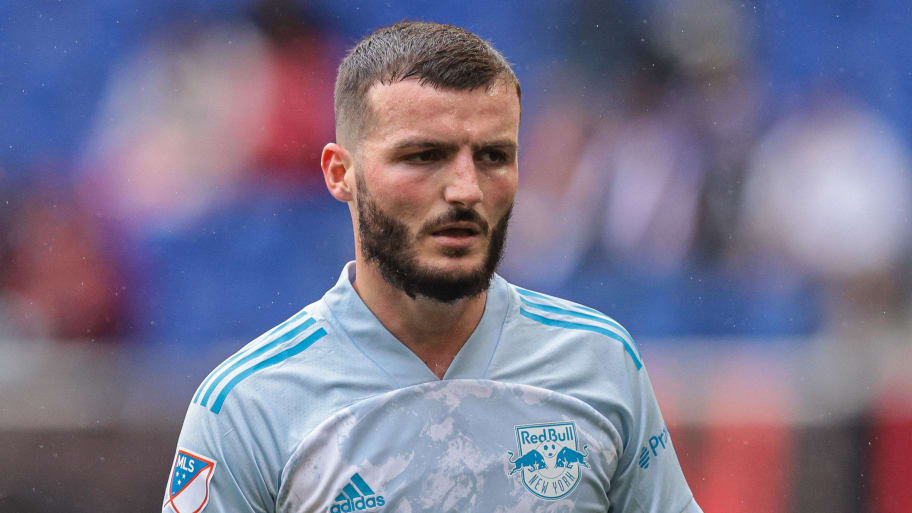 The New York Red Bulls are on the verge of bringing defender Tom Edwards back to the club on a permanent basis, 90min can reveal.

The 22-year-old enjoyed a successful loan spell at Red Bull Arena from parent club Stoke City in 2021, playing 28 times during the MLS regular season and notching two assists along the way to help his side qualify for the Playoffs for the 12th year in a row.

Edwards clearly left an impression in New York with head coach Gerhard Struber calling the three-time England Under-20 international a 'machine' back in October.

Initially, it was hoped Edwards would return to the bet365 Stadium to try and win his place back in Michael O'Neill's side. But the Stafford-born full-back picked up a knee injury shortly after coming back and hasn't featured since, with his full recovery still over a month away.

On Tuesday, sources told 90min that there was heavy interest in Edwards from a number of MLS clubs, but that the Red Bulls were leading the way - their previous experience together last year clearly playing a part at the negotiating table.

90min are now told that Edwards' return would be on a permanent basis, with the Red Bulls set to pay just over $1m for his services.

Should he get his move, Edwards would join winger Lewis Morgan and fellow full-back Dylan Nealis as the Red Bulls' major winter signings so far, while they also made goalkeeper Carlos Coronel's loan from sister club RB Salzburg permanent.

RBNY kick off their 2022 MLS campaign away to the San Jose Earthquakes on February 26.

This article was originally published on 90min as Tom Edwards to return to New York Red Bulls in $1m permanent deal.