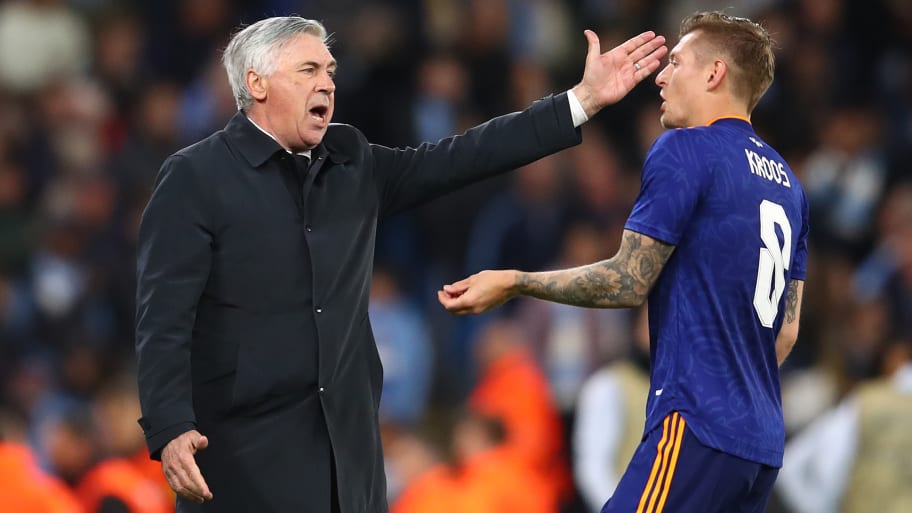 Real Madrid midfielder Toni Kroos has hit back at criticisms of manager Carlo Ancelotti, insisting the Italian's tactics are simply subtler than most bosses.

Los Blancos, who won La Liga this year, are bracing themselves for the Champions League final against Liverpool this Saturday, although many fans have accused Ancelotti of failing to be the mastermind behind any success.

The Italian has faced claims that he sits back and allows the players to decide how to play football, with critics describing him as more of a friend than a manager.

That idea was put to Kroos during an interview with ZDF, and the German was not happy about it.

"I saw the same thing with [Jupp] Heynckes as well," he said. "It's a shame that Heynckes and Ancelotti are reduced to being just 'wardrobe managers'.

"I don't think that does them justice, it sounds like they don't know anything about tactics.

"Maybe, on most occasions, they simply opt for the least complicated way in football, but they are very clear about how they want their teams to play, in both defence and attack. That's often left out when people are talking about them."

The Frenchman has blossomed into an elite goalscorer for Real following the departure of Cristiano Ronaldo in 2018, having previously played more of a sidekick role while the Portugal international shattered all sorts of goalscoring records.

"It hasn't been easy for [Benzema] to become an even better player," Kroos began. "In eight years, I have seen him take up all kinds of different roles - not other positions, but in terms of what he is asked to do on the pitch.

"Cristiano Ronaldo's 50 goals weren't possible with just one player. Karim took on his role to perfection."

This article was originally published on 90min as Toni Kroos defends Carlo Ancelotti from claims he 'lacks tactical knowledge'.