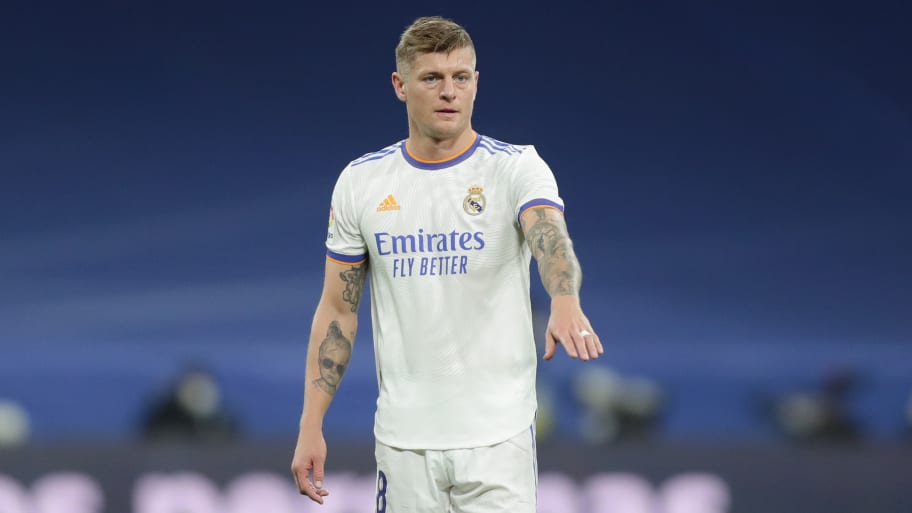 Toni Kroos has confirmed his intention to finish his career at Real Madrid, as well as insisting that extending his contract should not be a problem due to his "incredible relationship" with the club.

Kroos is a Real legend, making just shy of 350 appearances for Los Blancos since arriving in the Spanish capital from Bayern Munich back in 2014.

During his seven-and-a-half seasons at Santiago Bernabeu he has helped the club win a host of major honours, including three Champions Leagues and two La Liga titles.

Kroos' current deal is set to expire at the end of next season and with no new contract forthcoming rumours had begun to circle over his future.

However, the German insisted he had no intention of leaving the club during an interview with Sky (via Marca).

"This is an incredible relationship that I would never put at stake for some kind of speculation, and I think that is the case on both sides," he said.

"I want to end my career here and that is how it will happen. When exactly will that be I cannot answer exactly, if that will be in 2023 or a year or two later.

"We will not stress too much about that. I know what I have at the club and they know what found in me. At some point we will approach in a relaxed way.

"I still feel fully [fit], but you have to adapt to the level, that the body accompanies and there must also be the desire . And when all that is, we will sit down at some point to talk and, if not, I still have a contract until 2023."

Kroos will be hopeful of securing further silverware this season. Real are currently five points clear at the top of La Liga - though second-placed Sevilla have a game in hand.

They are through to the knockout stages in the Champions League too and have a last 16 clash against Paris Saint-Germain to contend with next month.

This article was originally published on 90min as Toni Kroos reveals desire to finish career at Real Madrid .