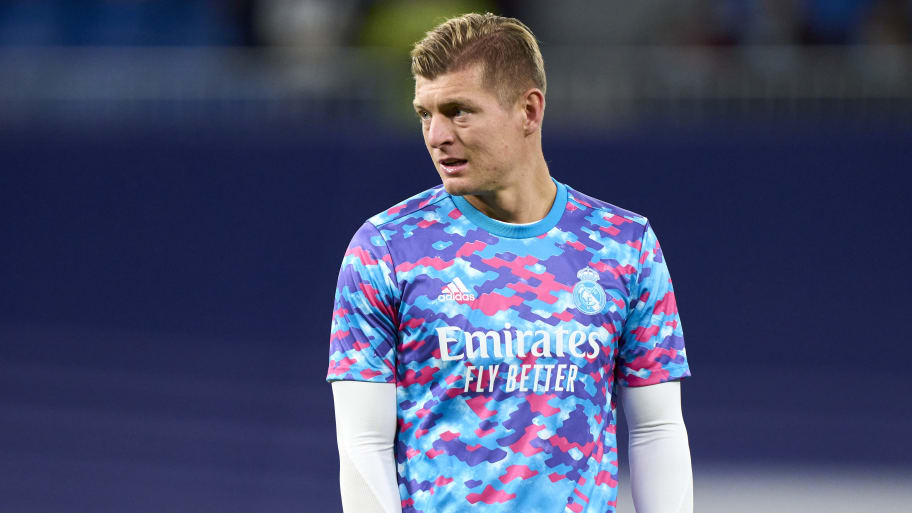 Real Madrid midfielder Toni Kroos has admitted that the international break has come at a good time for him as it allows him time to rest following a recent return from injury.

Kroos missed Real’s first eight games of the season in all competitions because of groin problem but has been straight back to playing 90 minutes in every game virtually since his October return.

The 31-year-old retired from international football with Germany after Euro 2020 following a 11-year career with his national team. That gives him the opportunity to take time off during international breaks and rest, while also keeping his fitness ticking over.

“I'm feeling good and happy to be able to say that. I found it very tough at the start of the season with the injury I had but right now I'm in good shape, having played so many games in the last three weeks,” Kroos told Real Madrid TV.

“For me, it's a case of resting up [during the international break],” he added.

“I was out for three months and now I have played in the last six games, almost 90 minutes every time. It's important to get enough rest, but that won't be all I do because I don't want to lose my fitness. I'm training in a specific manner, working in the gym and on the pitch.

“It's a good opportunity to manage the work well.”

Real Madrid went into the November international break one point off La Liga leaders Real Sociedad, but with a game in hand. They are also four points ahead of reigning champions and city rivals Atletico, while Barcelona are languishing 10 points behind in ninth place.

Los Blancos will travel to Granada on 21 November when domestic football resumes.

This article was originally published on 90min as Toni Kroos thankful for rest over international break.