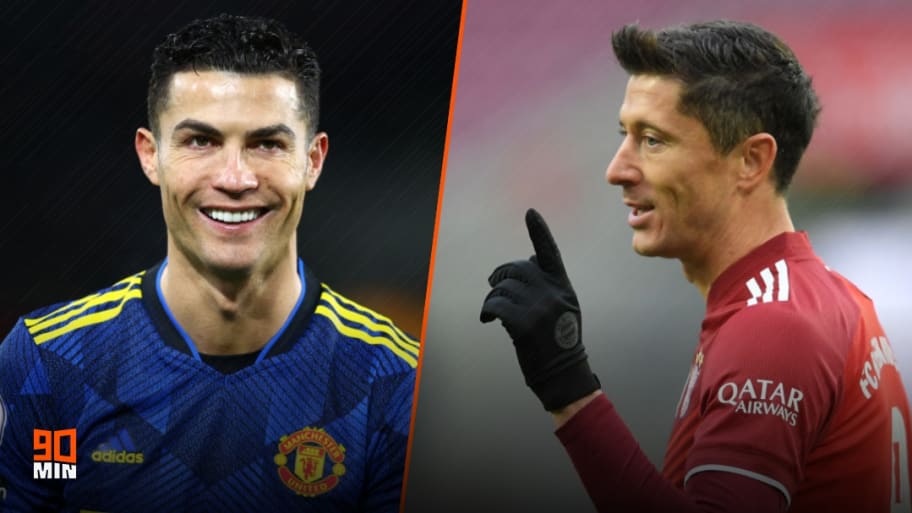 Cristiano Ronaldo's entourage have told Manchester United that failure to qualify for the Champions League will lead to the 36-year-old seeking a transfer.

United will allow Jesse Lingard to leave in the January transfer window if a club stumps up a loan fee of £3.5m or greater. The Red Devils turned down a loan bid from Newcastle on Wednesday.

Chelsea defender Andreas Christensen is edging closer to an exit from Stamford Bridge after holding advanced talks over a move to Barcelona. The Dane is out of contract in the summer.

Gavi, who is understood to have a £42m release clause in his Barcelona contract, could move in the opposite direction to join Chelsea. Frenkie de Jong and Sergino Dest are also of interest to Thomas Tuchel's side.

Bayern Munich could sell Robert Lewandowski in the summer if he opts against renewing his contract. The 33-year-old is committed to the Allianz Arena until the summer of 2023.

Newcastle face competition from an unnamed Premier League club for Sevilla defender Diego Carlos. The Brazilian has requested a transfer and is keen to move to St James' Park, but a rival £30m bid has been received.

Juventus have told Arsenal they will let Arthur Melo leave on an 18-month loan deal with an option to buy. The Gunners have only offered to take the Brazilian until the end of the season thus far.

Barcelona are interested in signing Manchester United left-back Alex Telles, who despite playing more football under interim manager Ralf Rangnick, is yet to cement a regular first-team place at Old Trafford.

Atletico Madrid will not allow Luis Suarez, who has been tipped to reunite with Steven Gerrard at Aston Villa, to leave the club in January.

Fulham boss Marco Silva has told rising star Fabio Carvalho to consider his future carefully. Liverpool and West Ham have been linked with the £5m-rated teenager.

Juventus, Manchester United and Arsenal face competition from Bayern Munich for Switzerland midfielder Denis Zakaria, who is available in January because his Borussia Monchengladbach contract has less than six months to run.

Aaron Ramsey has angered Juventus' hierarchy by rejecting the chance to join Newcastle and two other Premier League clubs on loan. Crystal Palace are keen on signing the Welsh midfielder.

Newcastle are looking into the possibility of signing Bayer Leverkusen left-back Mitchel Bakker. The 21-year-old, formerly of PSG, could be available for around £15m.

West Ham are targeting signing a forward and central defender before the end of the window. Blackburn's Ben Brereton-Diaz and Liverpool's Nathaniel Phillips are among the options they are looking at.

This article was originally published on 90min as Transfer rumours: Ronaldo demands, Bayern may sell Lewandowski.