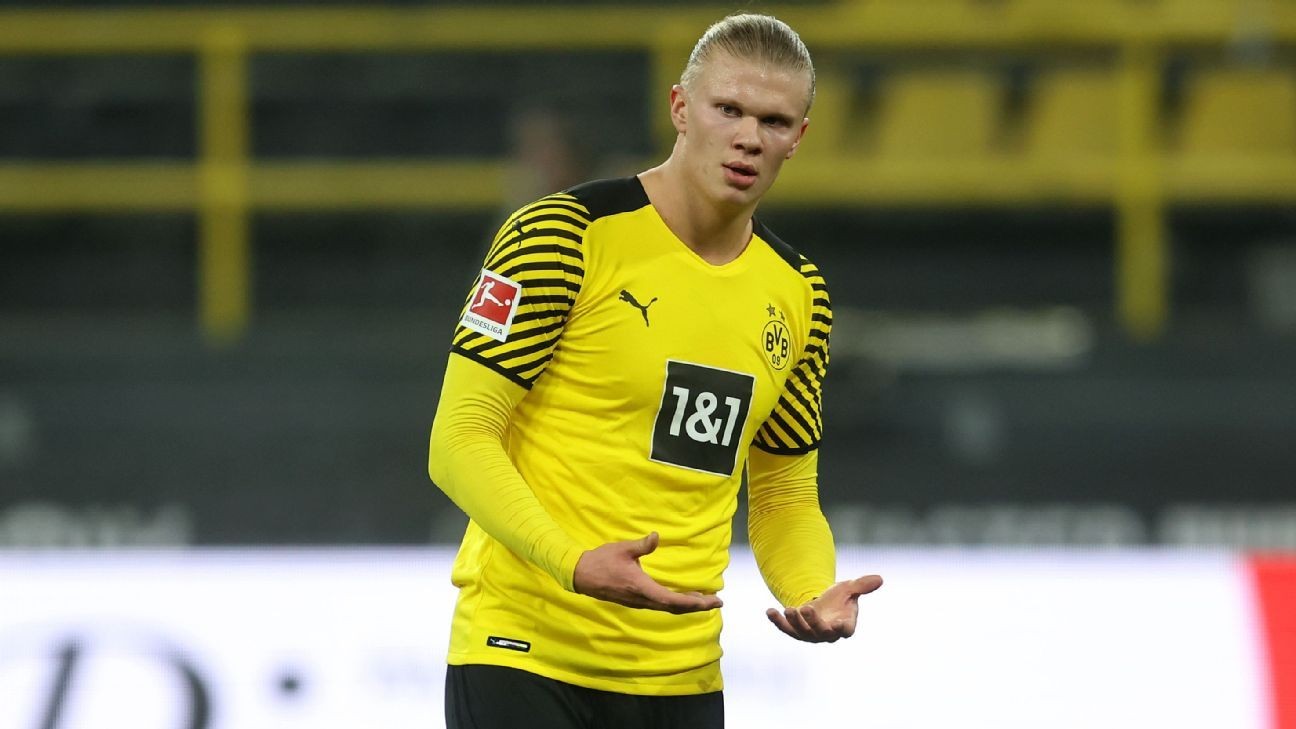 The 2022 January transfer window is open (find out when it closes here), and there's plenty of gossip swirling about who's moving where. Transfer Talk brings you all the latest buzz on rumours, comings and goings and, of course, done deals!

Borussia Dortmund are pushing for Erling Haaland to make a decision regarding his future, with his €75 million release clause now just months away from activating.

The 21-year-old scored twice in the 5-1 win against Freiburg on Friday evening, and in an interview with ESPN contributor Jan Aage Fjortoft after the game, he revealed that the club are putting pressure on him to make a decision.

As shared by Viaplay, and translated in English, the Norway start said: "The last six months I have chosen not to say anything out of respect for Dortmund, but now the club has started to press me into making a decision, all I want to do is play football.

"So that means I have to make a decision soon."

And with Haaland's performances this season showing no signs of slowing, contributing to 20 goals in 13 appearances, his list of suitors waiting patiently for the end of the season are unlikely to be going away anytime soon.

- Telefoot reports that Kylian Mbappe wishes to wait until the end of the season to make his decision on whether he signs a new contract with Paris Saint-Germain. The Ligue 1 club don't want to lose him on a free, and would like him to sign a short-term deal, but with Real Madrid still looking to tempt the 23-year-old away from the Parc des Princes.

- Ekrem Konur reveals that West Ham United are keen on acquiring Ludovic Ajorque. The 27-year-old Strasbourg forward has found himself added to a number of team's radars this season, with his impressive form in the Ligue 1 conjuring 10 goals and six assists in 17 games. West Ham may have to offer a significant fee to persuade Strasbourg to release their key frontman in a season where they are chasing European qualification.

- Palmeiras have advanced their approach for Bayer Leverkusen striker Lucas Alario, according to Ekrem Konur. The 29-year-old has mainly found himself on the bench this season, coming on as a substitute 11 times in Bundesliga games, while starting on just one occasion. But after a previous successful spell with River Plate, he could now be set for a return to South America with Copa Libertadores champions Palmeiras looking to bolster their forward line.

- The Portland Timbers are continuing their moves in the transfer market, and Cesar Luis Merlo writes that they are ready to advance forward the negotiations for Daniel Ayala. The 19-year-old midfielder has worked himself into the Estudiantes first team in recent months, as well as representing the Argentina national team at Under-17 level on a regular basis.

- Sampdoria are moving fast in the January window and have overtaken Genoa in the race for Roberto Piccoli, according to Gianluca Di Marzio. It is reported that the Serie A club are now favourites to land the in-demand 20-year-old Atalanta forward. And Sampdoria are also working hard to secure a second move: Internazionale midfielder Stefano Sensi, who has struggled for regular minutes this season, with the 26-year-old starting just a single game for the Nerazzurri.