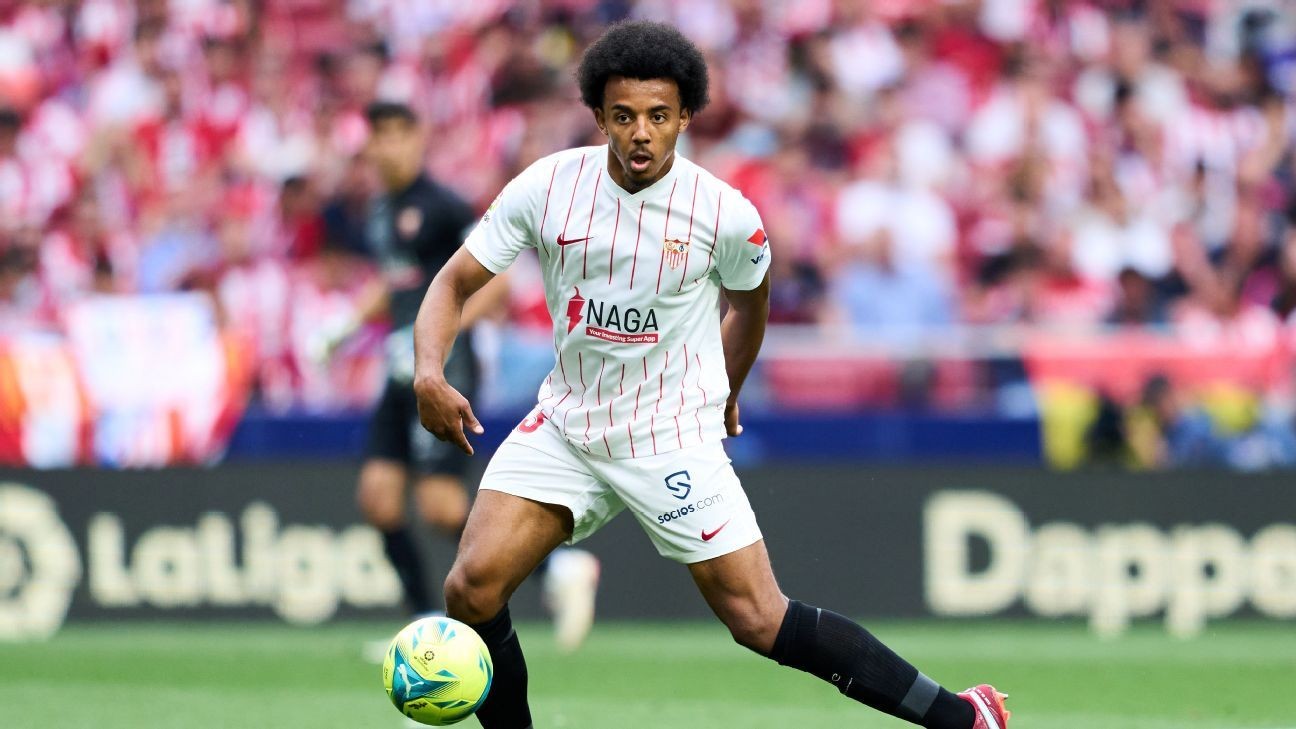 Chelsea will need to rebuild their defence ahead of the 2022-23 season and have already drawn up a shortlist that includes Sevilla's Jules Kounde, Napoli's Kalidou Koulibaly and Leicester City's Wesley Fofana, according to the Telegraph.

Andreas Christensen and Antonio Rudiger will leave Stamford Bridge this summer, while Cesar Azpilicueta and Marcos Alonso could also follow them out the exit doors. Therefore, the club -- which took another step toward finalising its sale to the Todd Boehly-led group on Tuesday -- have started work on filling in those roster spots.

Chelsea's interest in Kounde has long been reported, and the Frenchman continues to top the list after a previous attempt in January fell through.

Also in the mix are Villarreal's Pau Torres -- who has been strongly linked with Manchester United -- and Atletico Madrid's Jose Gimenez. RB Leipzig's Josko Gvardiol is another who has been linked, with it being felt that the Croatian could fill in for Rudiger in the left-centre-back position.

The Blues are also aiming to bring in a midfielder -- although West Ham United's Declan Rice seems out of reach -- while a move could be made for Manchester City's Raheem Sterling if he decides to look for a new challenge.

- L'Equipe has reported that Paris Saint-Germain are willing to let Neymar move on if they receive a suitable offer. The club, fresh off signing Kylian Mbappe to a blockbuster extension, could undergo changes with sources previously telling ESPN that Luis Campos will be tabbed new sporting director and Mauricio Pochettino's future as manager remaining cloudy.

- Marca has reported that Barcelona are growing impatient with Ousmane Dembele, who still hasn't signed a contract extension despite his deal ending this summer. Xavi Hernandez wants the Frenchman to stay, but the directors insist the winger is not essential and that he must compromise in negotiations. The report states Dembele's stalling could slow down a move for Leeds United's Raphinha. PSG and Bayern Munich have previously been linked to Dembele.

- With Erling Haaland on the cusp of completing his move to Manchester City, the Premier League champions are also interested in Leeds United midfielder Kalvin Phillips, reports BBC Sport. Pep Guardiola is especially keen to strengthen his midfield due to the confirmed departure of Fernandinho. It is believed that Leeds staying up will potentially make the deal more difficult to complete.

- According to the Mirror, Tottenham Hotspur manager Antonio Conte wants to bring in Eintracht Frankfurt's Filip Kostic as a left-wing-back, with this coming after the club announced a capital increase of £150 million. In addition to filling that role, they also hope to bring in two centre-backs, a right-wing-back, a midfielder and a striker.

- Mason Mount will discuss a new deal with Chelsea in the coming months, as reported by Fabrizio Romano, who adds that the midfielder has already been waiting for months. His current contract ends in 2024. Chelsea's board will also be discussing the futures of N'Golo Kante and Jorginho, among others.

- Diego Simeone has made Udinese's Nahuel Molina the priority as Atletico Madrid aim to strengthen at right-back, according to Sky Sports Italia. This is unlikely to be a simple deal to complete due to Udinese asking for €30m, as Atleti would need to offload some players before making their move. Arsenal are said to be one of various other clubs showing an interest in the Argentine.