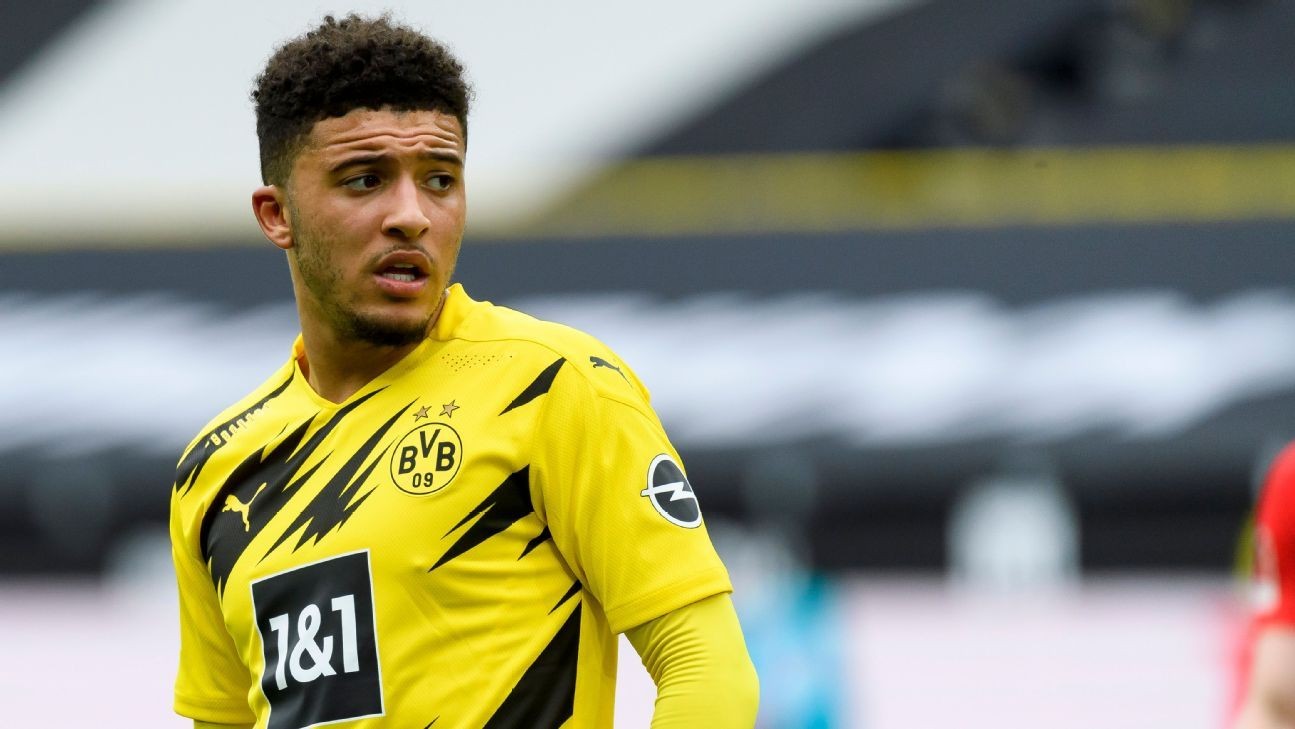 With most of the major European seasons now complete, the rumour mill has been sent into overdrive as clubs ponder their moves ahead of what will be a busy transfer window. Check out the latest gossip below, and see all official deals here.

Manchester United have had a first offer rejected by Borussia Dortmund for winger Jadon Sancho's services, according to the BBC.

The Red Devils have been linked with the 21-year-old since last summer, placing an initial offer of £67 million to begin discussions with the Bundesliga club.

Dortmund are expected to hold out for closer to £77.5m and an extra £4.25m in bonuses with the fee paid for in four years, rather than United's preference of five.

Recent reports have suggested that Sancho and United's representatives have agreed to personal terms, leaving an agreement on payment structure and time between the two clubs the only current stumbling block. Sancho's deal at Dortmund still runs for another two years.

The England international is one of the Bundesliga's many top talents who will be on display at the European Championships, potentially starting alongside BVB teammate Jude Bellingham for the Three Lions. An impressive tournament could see both players' transfer value rise even further.

Sancho played an important role for his club this season, adding 20 goal involvements in 26 appearances in the Bundesliga. He also scored an important brace to secure the DFB Pokal for Dortmund in a 4-0 win over RB Leipzig.

- Arsenal and Newcastle United are interested in Fulham defender Tosin Adarabioyo this summer as both teams look to bolster their defensive options. The Daily Mail reports that the 23-year-old is set to leave the Cottagers this summer with a £10m release clause in the player's current contract. The defender joined Scott Parker's side from Manchester City in 2020 for roughly £1.5m, impressing with his defensive contributions alongside loanee Joachim Andersen.

- Manchester United and Liverpool could be set to battle it out for the signature of defender Cristian Romero, according to Calciomercato. The 23-year-old has impressed for Atalanta after joining on loan from Juventus with the Bergamo-based club likely to trigger a €16m clause to sign him permanently. Should that happen, the club are then willing to listen to other teams' proposals to sign the Argentina defender, provided that the bids are around the €50m mark.

- Real Madrid have been dealt a blow in a move for Kylian Mbappe due to Neymar's new contract, according to AS. Neymar, 29, signed a new deal at Paris Saint-Germain until 2025 but under the promise of strike partner Mbappe staying at the club this summer. Mbappe, 22, has been linked with a move to Los Blancos as their marquee signing in the upcoming window. The France international only has a year left on his deal which could see him leave on a free transfer next season.

- Barcelona have offered the services of Antoine Griezmann to Juventus, according to Calciomercato. The 30-year-old is said to be unhappy and out of favour under new president Joan Laporta. The France international is currently on duty with his country for the European Championship this summer and possible discussions may be more likely after the tournament, though any investment close to the reported €120m he signed for would be impossible for the Italian club.

- Leeds United are interested in signing young Netherlands midfielder Noa Lang, according to Fabrizio Romano. The Dutch U-21 playmaker impressed last season with Club Brugge on loan from Ajax Amsterdam, scoring 17 goals across all competitions for the Belgian champions. In addition, Romano reports that Leeds are working to extend manager Marcelo Bielsa's deal.