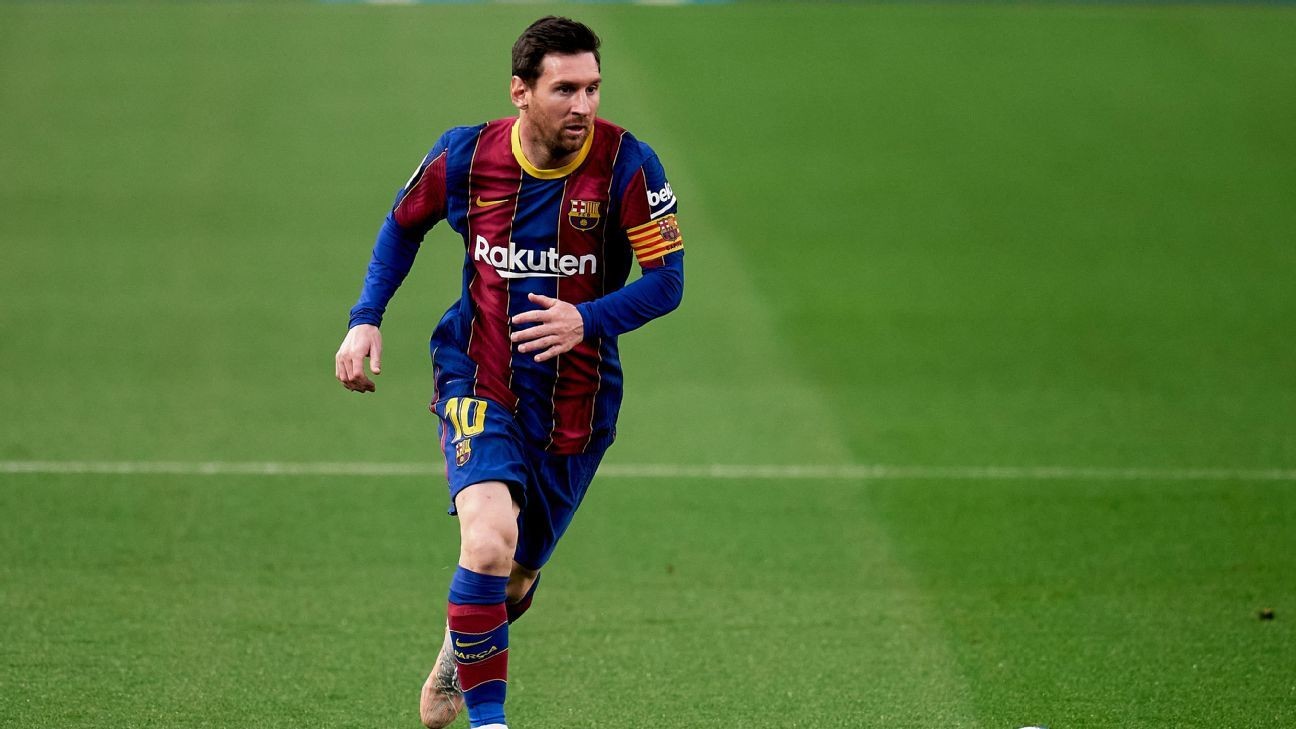 The January transfer window might seem like a distant memory, but that doesn't mean the rumour mill has shut down! Speculation over summer moves is heating up, so check out the latest gossip below, and see all official deals here.

Paris Saint-Germain could begin next season with Lionel Messi lining up alongside Neymar and Kylian Mbappe, with reports claiming that the French club has made contact with the Barcelona star's representatives.

Can Dortmund keep their young stars this summer?Messi to PSG among five transfers we want to happen this summerAssessing Ronaldo's next move: Man United, Real Madrid, MLS or stay at Juve?

That's according to Le Parisien, which reports that the PSG hierarchy have outlined the signing of the Argentine star as a priority after crashing out of the Champions League semi-finals in a 4-1 aggregate defeat against Manchester City on Tuesday.

Le Parisien claims that the Ligue 1 club are prioritising a move for the Barcelona man as well as holding onto Neymar and Mbappe, with reinforcements in midfield and defence also to be considered at the end of the season.

The 33-year-old has shown no signs of slowing down with 36 goals and 11 assists for Barcelona in La Liga and the Champions League this season, and interest from France could reignite Messi's desire to leave the Camp Nou after previously being linked with a move away from the club last summer.

09.00 BST: As the fallout from the failed European Super League breakaway continues, here is a development that could affect some clubs' transfer plans: UEFA is ready to pursue severe disciplinary action against clubs that signed up to the ESL and have yet to sufficiently distance themselves from the project, multiple sources familiar with the situation have told ESPN's Gabriele Marcotti and Moises Llorens.

This could result in the maximum punishment under the organisation's disciplinary pathway, which is a two-year ban from the Champions League or Europa League.

UEFA have spent the past 10 days in conversation with the 12 clubs in an effort to agree a lesser sanction and extract a formal definitive commitment not to pursue the Super League effort. As of Wednesday, according to sources familiar with the situation, they had reached an understanding with seven clubs: Arsenal, Atletico Madrid, Chelsea, Liverpool, Manchester City, Manchester United and Tottenham Hotspur. Inter Milan were close to an agreement as well, according to sources, though none has yet been reached.

The remaining four clubs -- Juventus, Real Madrid, Barcelona and AC Milan -- have so far stuck to their positions and could face the UEFA disciplinary process for, among other things, violating Article 51 of the statutes, which states that "No combinations or alliances between... clubs affiliated, directly or indirectly, to different UEFA Member Associations may be formed without the permission of UEFA."

- Liverpool could be set to make a move for AS Roma's Lorenzo Pellegrini in the summer with new manager Jose Mourinho planning to overhaul the Serie A club's midfield. The Mirror reports that the player's contract situation may leave the club no option but to move the midfielder on. The 24-year-old has scored nine and assisted eight goals this season for Roma, playing both as part of a midfield three as well as in a No. 10 role.

- Juan Mata could be set to revive his career in Serie A with Lazio reportedly interested in acquiring the services of the Spanish attacking midfielder, says Il Tempo. The outlet clamis that the Italian club are confident the 33-year-old still has a lot to offer despite only starting in four games this season for Manchester United in the Premier League.

- A move to Barcelona in the summer would be a dream for Sergio Aguero, according to Fabrizio Romano on the Here We Go podcast. The Manchester City striker is set to be out of contract at the end of the season and it is understood that a move to Barca is the preference for the forward who will turn 33 next month.

- West Ham United are set to rival a host of clubs for the signature of Brentford's Ivan Toney, according to The Sun, which reports that a fee in the region £35 million will be required to secure the services of the in-form 25-year-old striker. The forward helped confirm the Bees' place in the Championship playoffs this season, scoring 30 goals and assisting 10 in 44 league appearances. The Hammers are the latest club to be linked with the Brentford man after it was reported earlier that Tottenham Hotspur also had interest.

- Manchester United's Diogo Dalot could be set for a permanent move away from Old Trafford with reports that AC Milan are prepared to make the defender's loan move permanent. The Sun suggests that a fee in the region of £15m would be accepted by the Manchester United hierarchy. The 22-year-old has featured 27 times for the Italian club this season and has played on both sides of the defence.