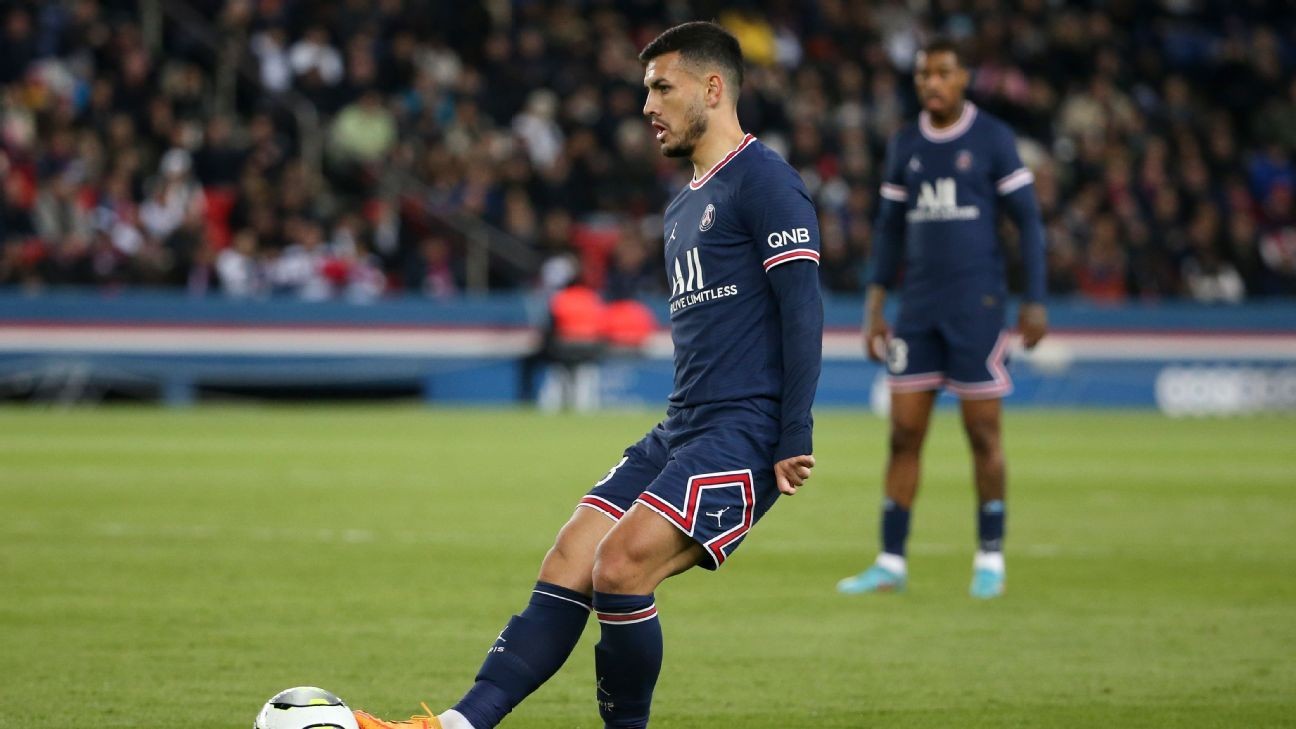 Juventus are set to continue their rebuild in the summer with Paris Saint-Germain star Leandro Paredes a target for the Bianconeri, according to Calciomercato.

The Serie A side have been looking to evolve their squad since parting ways with Cristiano Ronaldo last season and Massimiliano Allegri looking to prioritise a midfield revamp when the season concludes.

It is reported that Paredes, 27, could be allowed to leave PSG after making just 10 starts in Ligue 1 this season, with his last appearance coming on March 3 against Lorient.

Once Juventus have decided on the players who they will be offloading, the club will then make an approach to see whether they can bring Paredes to the Allianz Stadium.

Juve captain Giorgio Chiellini has already confirmed he'll leave the club in the summer and Paulo Dybala has been rumoured to depart at season's end as well.

Having won the Serie A title nine times between 2012 and 2020, Juventus are now set to miss out on the league championship for the second year in a row.

- Antoine Griezmann is set to stay at Atletico Madrid beyond this season, reveals Sport. It is reported that Diego Simeone is happy with his progress so far, and they will part ways with a fee of around €40million that will be due at the end of next season, before he officially returns to Los Colchoneros on a permanent basis. The 31-year-old forward registered seven goals and five assists in 25 starts in La Liga and the Champions League this season.

- Napoli and Lazio have added Mauro Icardi to their shortlist, according to Ekrem Konur. It is reported that PSG are willing to listen to offers for the 29-year-old striker who arrived at the Parc des Princes from Internazionale in 2020, but he has since failed to establish a regular place in the first team. Icardi has recently been linked with a move back to Italy, and it looks as though his first two options have emerged.

- Liverpool's announcement regarding the signing of Fabio Carvalho is imminent, reports Football Insider. The Reds agreed a deal with Fulham in January for his signature, but after missing the deadline, they have since been finalising the details over compensation. The 19-year-old attacking midfielder has agreed a five-year contract on Merseyside.

- Arsenal and Sao Paulo have reached an agreement over a fee regarding winger Marquinhos, according to Globo Esporte. The 19-year-old is allowed to discuss personal terms with the Gunners, with both sides agreeing on a €3.5 million deal for his services. It is reported that Mikel Arteta's side have been looking to acquire him for a number of months, and it looks as though they could now secure a permanent move.

- Sergino Dest has no plans to leave Barcelona in the summer, reports Marca. The United States 21-year-old wing-back has recently been linked with Chelsea, but despite those reports, he is keen on continuing his career at the Camp Nou to prove himself to manager Xavi Hernandez. He has made 21 LaLiga appearances this season while picking up three assists in the process.