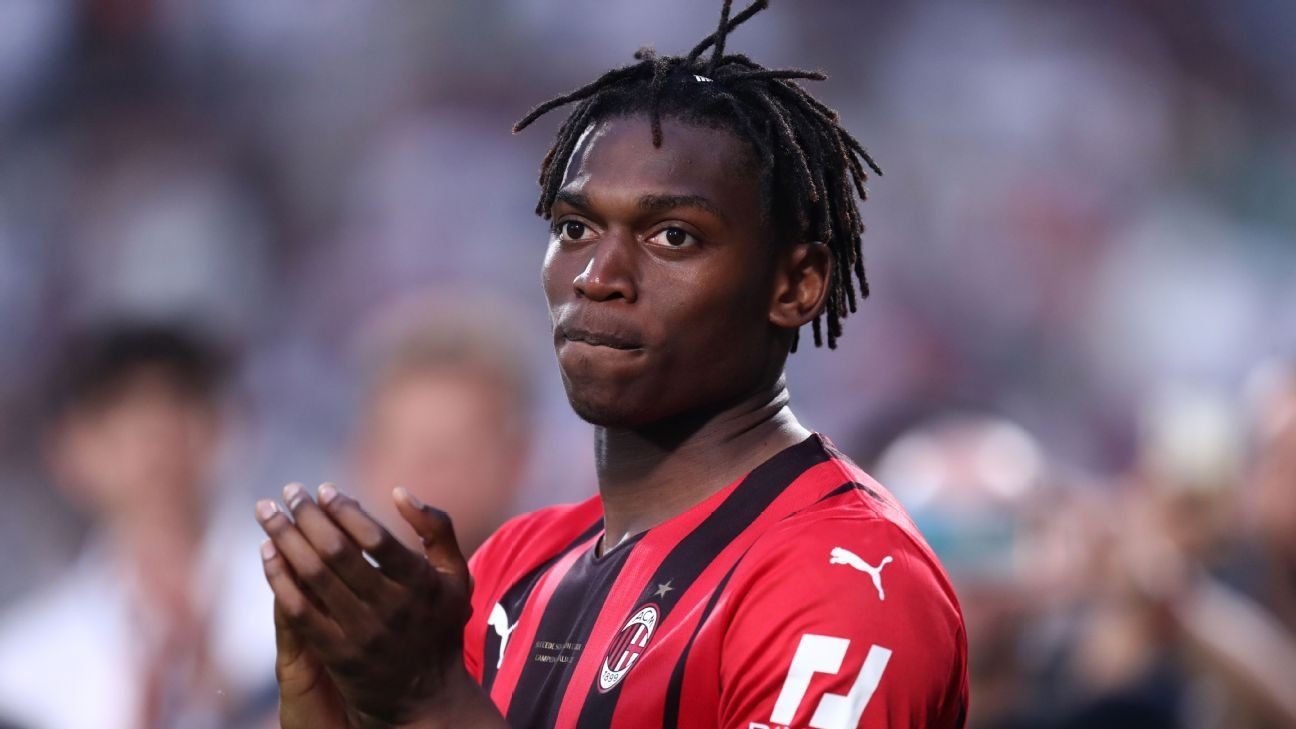 La Gazzetta dello Sport have suggested that the Portugal international, fresh from winning the Scudetto, has already received an option from the LaLiga champions.

Real Madrid are offering €120 million to sign the 22-year-old, who recorded 14 goals and 12 assists in 42 matches across all competitions this season for the Rossoneri.

That sum could still prove not to be enough, as the attacker's release clause is €150m. Not only do Milan want to keep Leao, they also want to offer a new contract that will run until 2026 -- his current deal culminates in 2024.

Having won their first league title since 2010-11, Milan will not want to see their team broken up, especially with Franck Kessie strongly linked to Barcelona. Therefore, the San Siro side are ready to make a large financial effort to ensure they keep Sandro Tonali, Fikayo Tomori and Pierre Kalulu, as well as Leao.

Madrid, who will face Liverpool in the Champions League final on Saturday, have also been linked with a move for AS Monaco midfielder Aurelien Tchouameni. Sources have told ESPN that Madrid will offer a five-year deal with a transfer fee around €80m for Tchouameni.

- Newcastle United are hoping to sign Atletico Madrid pair Renan Lodi and Yannick Carrasco, according to Marca. Having previously signed Kieran Trippier from the Spanish giants in January, the Magpies would need to spend around €40m on Lodi and €60m on Carrasco. Juventus are also interested in Lodi, but Newcastle have greater financial strength.

- The ongoing saga between Barcelona and Ousmane Dembele continues, but Diario Sport have suggested there is still a chance the Frenchman could stay at Camp Nou. With the winger's contract ending this summer, it is suggested that small agreements have been made in negotiations but that there hasn't been any movement from either side in the more major factors.

- Brenden Aaronson has landed in England to complete a medical and sign a contract for his move from FC Salzburg to Leeds United, according to MLSsoccer.com. A source with knowledge of the negotiations had told ESPN the deal for the United States winger's transfer would be worth $29.5m, with the former side Philadelphia Union receiving $5.3m.

- Foot Mercato have suggested that Marseille and Lyon are among the clubs that have made attempts to sign Arsenal's Eddie Nketiah, who will be a free agent this summer if he does not renew. However, the Daily Mail reports that Nketiah will remain with the Gunners. Nketiah scored 10 goals across all competitions for Arsenal, who will be playing in the Europa League next season.

- MLSsoccer.com have reported that Venezia and USMNT midfielder Gianluca Busio has a relegation clause in his contract that will allow him to leave. This has come into play after Venezia finished bottom of Serie A, with clubs from the Italian top tier, the Bundesliga, LaLiga and elsewhere showing interest. It is expected that Busio will take up the option to temporarily leave but nothing is certain yet.