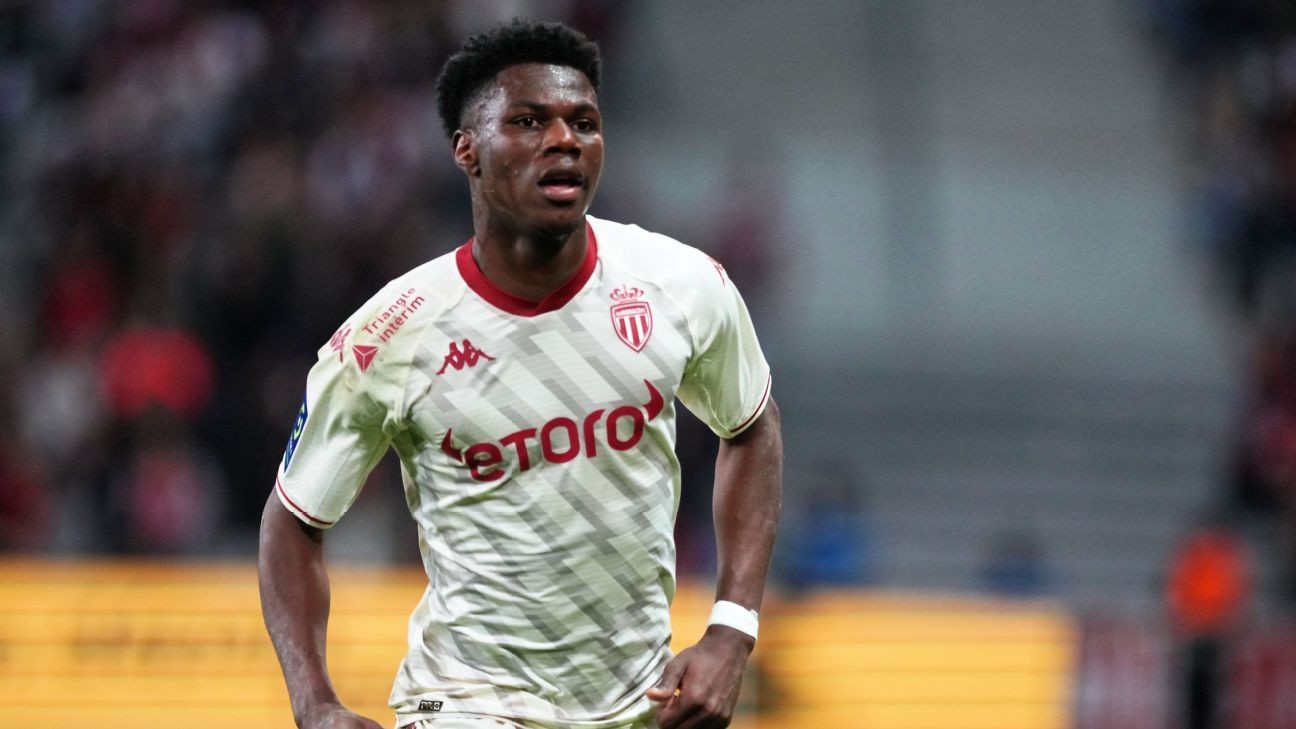 Following Kylian Mbappe's confirmation that he will be staying at Paris Saint-Germain, Real Madrid are now recalibrating their transfer plans and prioritising the capture of players in key positions rather than rushing back into the striker market.

Sport says that means finalising the signing of Aurelien Tchouameni, who is seen as the perfect player to solve the potential departure of Dani Ceballos.

Striker Mbappe had been Madrid's main priority for months -- so much so that Madrid pulled out of the race to sign Erling Haaland -- and Mbappe had been the subject of intense speculation with his contract set to expire in the summer.

However, Saturday's news that Mbappe will be staying with the Ligue 1 champions -- much to the chagrin of LaLiga -- means that Madrid are adjusting their plans accordingly.

Tchouameni, 22, has been impressive for AS Monaco this season and has been linked with clubs such as Manchester United, Chelsea and Liverpool. However, Los Blancos boss Carlo Ancelotti is confident he can tempt the Frenchman to the Spanish capital.

- Fulham are keen to talk to Nemanja Matic after he leaves Manchester United at the end of the season, according to the Sun. The Premier League new boys are planning to bolster their squad following their return to the top flight, and they're particularly keen to add someone of Matic's experience. They're confident they can tempt the former Chelsea midfielder back to west London. The 33-year-old is a free agent this summer after revealing he won't be staying at Old Trafford following the last game of the season on Sunday. Fulham are also monitoring Nottingham Forest defender Joe Worrall.

- Frank Lampard is planning personnel changes at Goodison Park this summer and high on his list is Chelsea defender Levi Colwill. The 19-year-old loanee has helped Huddersfield to the playoff final this season, and now Everton boss Lampard hopes he can offer the rising star regular top-flight football. Lampard has maintained a good relationship with Chelsea following his departure as manager and, after mentoring Mason Mount and Fikayo Tomori on loan while in charge at Derby, the Sun says he hopes to use his old contacts once again and bring Colwill to Merseyside.

- The goalkeeper merry-go-round continues this summer. First it was Newcastle's attempts to lure Dean Henderson to St James' Park, and now with Tottenham looking at Southampton keeper Fraser Forster (according to the Athletic), Manchester United are now favourites to land Sam Johnstone from West Bromwich Albion. Spurs had also been linked with Johnstone, but United are keen to take Johnstone back to Manchester, according to the Mirror.

- Fabrizio Romano reports that Juventus are targeting Angel Di Maria in a busy start to their summer. With Paul Pogba already considering an offer from Max Allegri's side, it's now former United winger Di Maria who is in "advanced" talks between the two parties, with the Argentine forward waving goodbye to PSG in Saturday's 5-0 victory over Metz.

- AS Roma are intent on building a side capable of challenging for a Champions League spot next season, and Feyenoord's Marcos Senesi is seen as one player who can help them do just that. That's according to Calciomercato, who believe boss Jose Mourinho was so impressed by the 25-year-old's performance in the Europa Conference League that he now wants to sign the Argentina under-20 international.