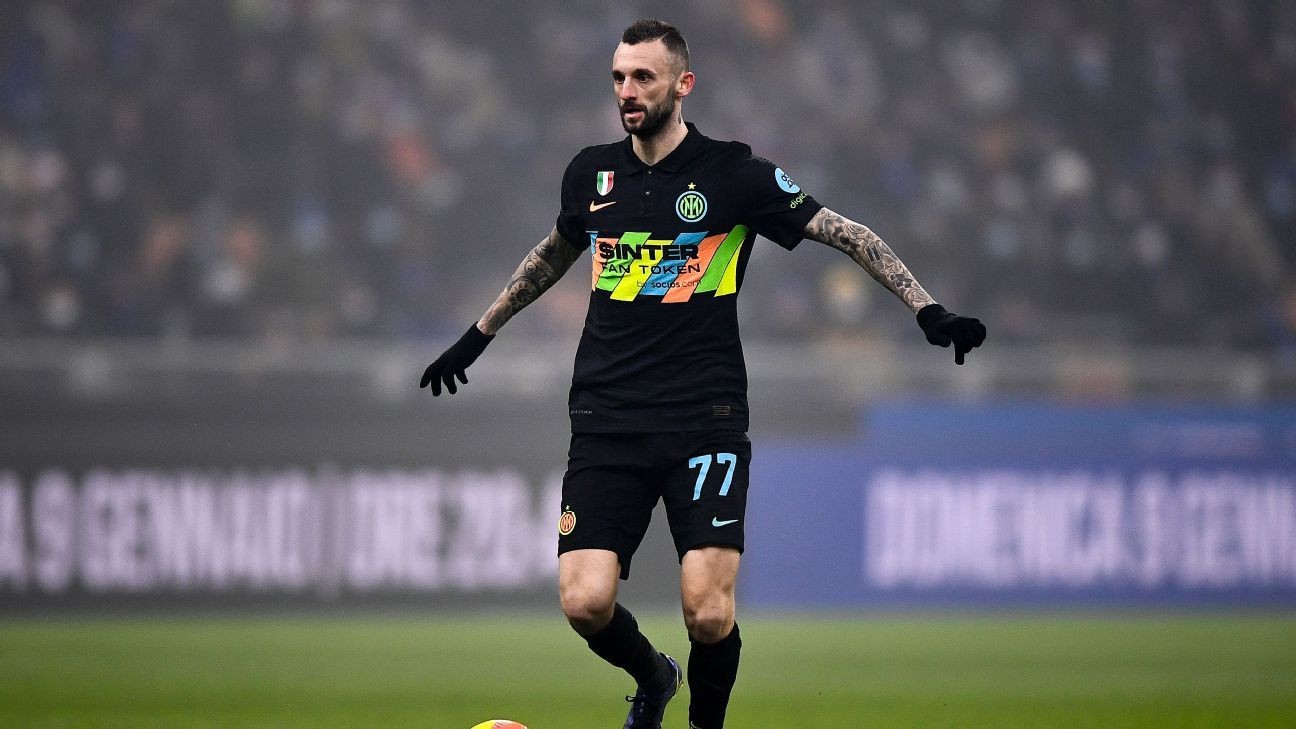 The 2022 January transfer window is open (find out when it closes here) and there's plenty of gossip swirling about who's moving where. Transfer Talk brings you all the latest buzz on rumours, comings and goings and, of course, done deals!

Marcelo Brozovic was reported to be close to signing an extension at Internazionale in recent months, but despite a meeting set to take place soon between the club and his representatives, more clubs have begun monitoring the situation.

That's according to Sport Italia's Rudy Galetti, who reveals that Tottenham Hotspur, Atletico Madrid and Juventus are tracking the 29-year-old midfielder, and they will be carefully awaiting the outcome of the meeting over a new contract.

But with Brozovic's deal due to expire in the summer, teams are now allowed to make official approaches in a bid to tempt him away from the San Siro. And while no move has been made so far, the first could spark a bidding war, with Paris Saint-Germain also closely monitoring his contract situation for a number of months.

The Serie A star has remained a key part of Inter's squad this season, making 25 appearances.

Marcelo Brozovic is a big name on the transfer market. NicolÃ² Campo/LightRocket via Getty Images

- Lyon will face a fight to hold onto midfielder Bruno Guimaraes, with the Standard reporting that three teams from the Premier League are engaged in a battle for his signature. Arsenal, Everton and Newcastle United are all keen to land the 24-year-old midfielder, who has been a standout performer in the Ligue 1. It is reported that a fee of €40 million will be required for teams to discuss personal terms, with Lyon contracted to allow 20% of the fee to go to former club Athletico Paranaense.

- Sky Sports reveals that Newcastle United have made an official bid of £22.5m plus Sean Longstaff to acquire Everton's Lucas Digne. The 28-year-old has been heavily linked with an exit from Goodison Park since the start of the winter transfer window, and it looks as though Eddie Howe's side are moving quickly to reinforce the squad as they are close to acquiring Kieran Trippier from Atletico Madrid as their first signing under the new ownership.

- Nicolo Schira writes that Real Madrid are looking to seal two free transfers, and already have readied a six-year contract for Kylian Mbappe as they look to tempt the 23-year-old PSG forward to the Santiago Bernabeu. The LaLiga club have also made an official approach for Antonio Rudiger, with the 28-year-old looking more and more likely to be in his final season at Chelsea.

- Alessio Romagnoli's contract situation is beginning to draw attention from the Premier League, according to Ekrem Konur. The 26-year-old centre-back has expressed his desire to stay at AC Milan in recent months, but with no movement made on a £106,000 per week deal that is expiring in the summer, he could soon receive contact from some teams in England's top flight.

- Gianluca Di Marzio writes that Krzysztof Piatek is set to return to the Serie A after agreeing a move to Fiorentina. The 26-year-old striker heads to Florence from Hertha Berlin after last featuring in Italy's top division for AC Milan, though it's unclear whether he has been brought in to prepare for an imminent departure of Dusan Vlahovic, who has been linked with an exit since the summer.