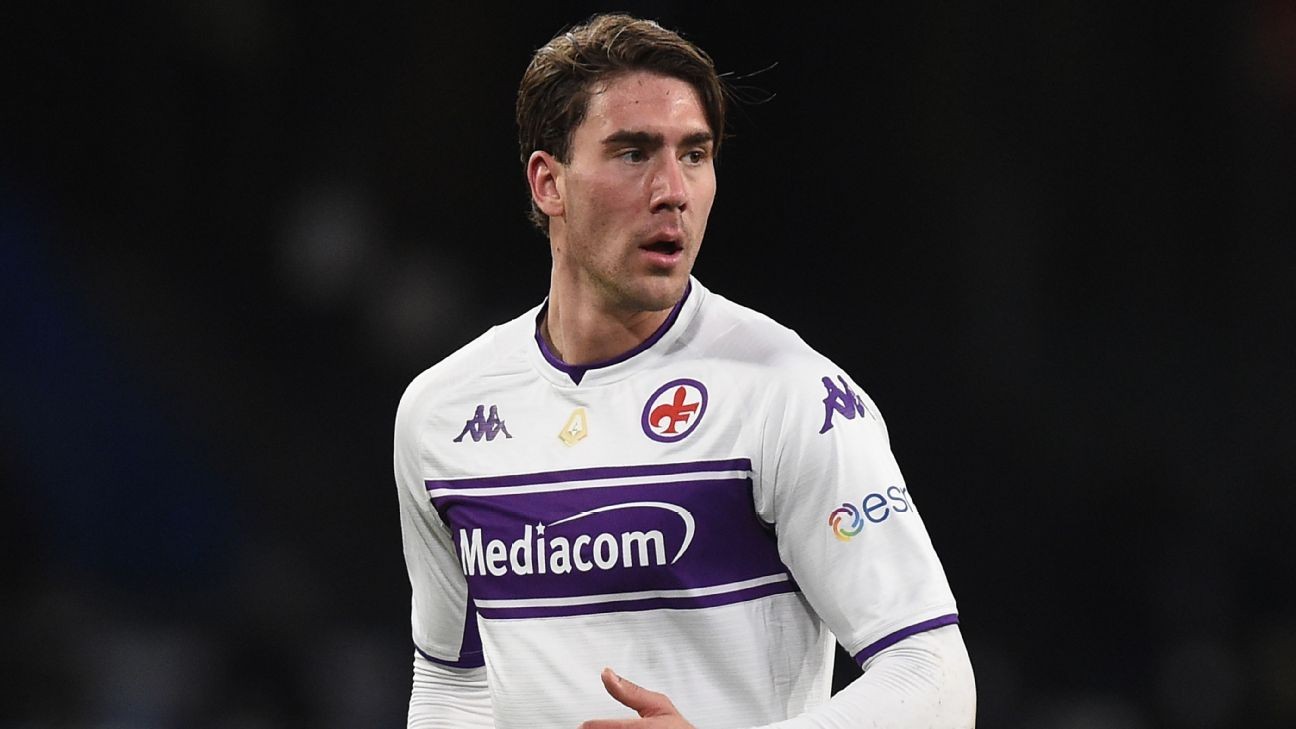 The 2022 January transfer window is open (find out when it closes here), and there's plenty of gossip swirling about who's moving where. Transfer Talk brings you all the latest buzz on rumours, comings and goings and, of course, done deals!

Arsenal want to offload Pierre-Emerick Aubameyang to Barcelona before moving to sign Fiorentina striker Dusan Vlahovic as his replacement, according to a report from The Daily Star.

The Catalan giants have a long-held interest in Aubameyang and the Gunners have checked in to see if they are open to bringing the forward to Spain.

Due to their financial issues, the Blaugrana would need to offload players before being able to bring in new big-name signings.

It is suggested that a loan move to Newcastle United is also seen as a viable option, as the Magpies would be able to pay the bulk of Aubameyang £300,000-per-week wages.

However, it is felt that the Gabon international staying in the Premier League after being stripped of the club captaincy by Mikel Arteta would be an unwanted sideshow as the Gunners push for a top four position.

Meanwhile, Arteta wants to sign a natural target man to bring out the best in his creative midfielders and deems Vlahovic to be the perfect fit.

It will certainly help that the Serbia international has scored 19 goals in 23 matches across all competitions for Fiorentina this term.

The 21-year-old's current contract with I Viola runs out in the summer of 2023, which should also help Arsenal in their negotiations.

Dusan Vlahovic has many suitors. Franco Romano/NurPhoto via Getty Images

- Real Madrid are ready to go all in to sign Paris Saint-Germain's Kylian Mbappe and Borussia Dortmund's Erling Haaland ahead of the 2022-23 season, writes AS. It is expected that the deals will cost a combined €350 million, which will include the Norwegian's €75m release clause and fees to be paid to agent Mino Raiola. While Mbappe signing a contract at PSG would likely scupper this plan, they are confident that the Frenchman wants to play for Los Blancos.

- Barcelona are growing impatient with Ousmane Dembele, as they aim to convince the Frenchman to sign a contract extension ahead of the expiration of his current deal in the summer, reports Foot Mercato. Xavi Hernandez is even said to have got involved due to the winger taking too long to respond to the Blaugrana's latest offer, telling Dembele that he won't play unless he accepts the terms that have been offered.

- Barcelona are monitoring 15-year-old Palmeiras striker Endrick, as has been reported by Diario Sport. Despite his age, there is already a whole host of interest from around the world, with Manchester City, Liverpool and Sevilla among the other clubs who have sent scouts out to watch him.

- West Ham United and Newcastle United are both looking to sign Manchester United midfielder Jesse Lingard, as reported by The Daily Star. The Magpies are willing to offer £3m to sign Lingard now, with his contract coming to an end in the summer. While the Hammers also want to bring the England international back to London Stadium, where he spent the second half of last season on loan, they don't want to get into a financial battle with Newcastle following their recent takeover.

- Arsenal will continue to push to sign Juventus midfielder Arthur, according to Fabrizio Romano, which comes despite a loan departure not yet being approved by Massimiliano Allegri. There haven't been any agreements yet, while Juventus have also not opened talks with Chelsea regarding the possibility of Ruben Loftus-Cheek replacing the Brazilian.

- Aleksei Miranchuk is very close to joining Genoa but only after Atalanta take on Internazionale, as has been reported by La Gazzetta dello Sport. Gian Piero Gasperini wanted him available for the vital match at the top end of Serie A due to Duvan Zapata's absence. However, once that has passed, he will be able to have his medical after weeks of negotiations.