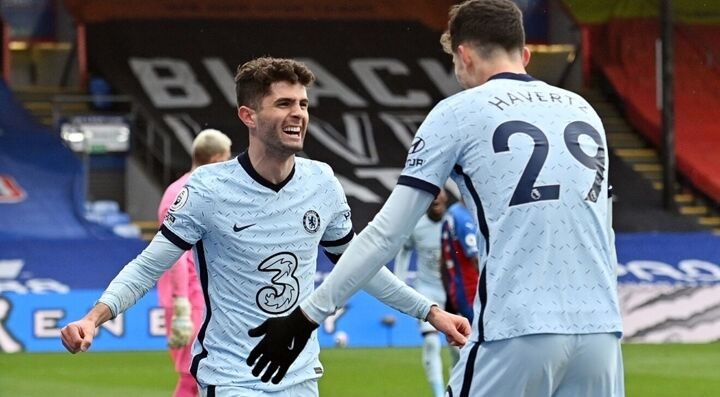 Thomas Tuchel's impact at Chelsea could hardly be clearer. He has taken charge of 17 games since succeeding Frank Lampard and has only lost once, with it coming in a shock 5-2 defeat to West Brom after his side had gone down to 10 men in the first half.

The German has improved the Blues, and Saturday's big win over Crystal Palace brought more positive signs for Chelsea fans.

Chelsea's summer signings haven't all hit the ground running this season. Timo Werner and Kai Havertz have been two of the most heavily criticised players in the Premier League this season. Christian Pulisic, meanwhile, had suffered a dip in form compared to what he had been showing last season before his injury in last year's FA Cup final.

At Selhurst Park, though, Pulisic and Havertz put on a show. The German No.29 scored a gorgeously finished first with just eight minutes played, and he then turned provider less than two minutes later as Pulisic hammered home Chelsea's second.

Pulisic got a second late on and Chelsea looked free-flowing and utterly dominant against Palace. While they weren't up against the fiercest of opposition, there were real signs of encouragement for Tuchel's Chelsea.

The former Paris Saint-Germain boss has already guided his side to an unexpected appearance in the Champions League quarter-finals and, with a 2-0 lead over Porto from the first leg, they look as though they have one foot in the competition's final four. There, they will face the winners of Real Madrid's tie with Liverpool, which Los Blancos lead 3-1 ahead of their trip to Anfield on Wednesday night.

If Tuchel can keep Pulisic and Havertz firing, the English or Spanish champions will have something to fear in the semi-finals. In fact, Tuchel has already beaten Jurgen Klopp's Reds 1-0 at Anfield, with Mason Mount scoring the game's only goal in early March.

Blues fans will be hoping that he can get a similar tune out of Timo Werner, at least next season if he can't manage it before the end of 2020/21. For now, Chelsea look nicely placed to make it at least one round further in the Champions League and at competitive in the chase to finish in the Premier League's top four.