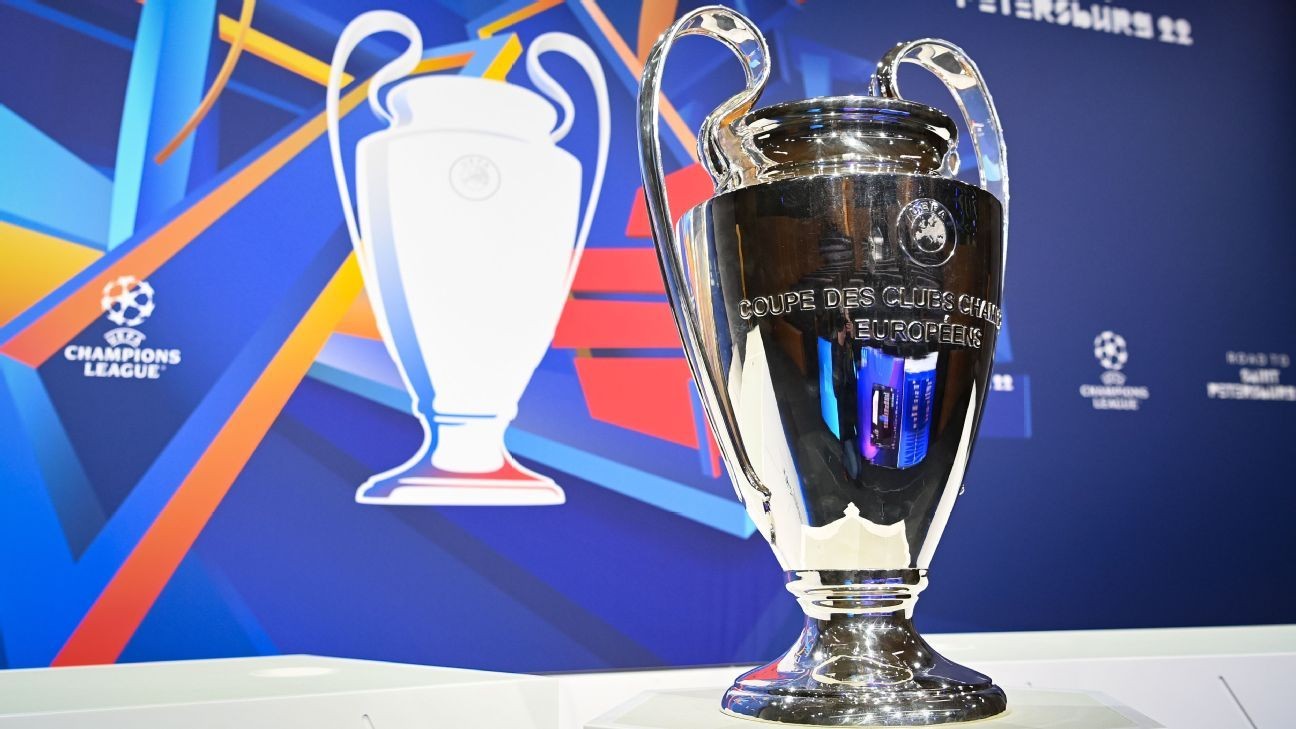 Ajax have been confirmed as the last of the eight seeded teams for the 2022-23 Champions League group stage draw following Real Madrid's 1-0 win over Liverpool in this season's final on Saturday.

Pot 1 contains the titleholders of the Champions League and the Europa League (Eintracht Frankfurt), plus the champions of Europe's top six leagues -- the Premier League, LaLiga, Serie A, the Bundesliga, Ligue 1 and the Primeira Liga.

However, because Real Madrid secured the league and European Double there is a vacant place among the seeds and that goes to the champions of the Eredivisie -- Ajax.

Pot 2 is also fully confirmed, and will include Liverpool and the other English teams, Chelsea and Tottenham, plus Barcelona and Juventus.

Pots 2 through to 4 are ordered on UEFA coefficient, which measures results and performance in Europe over a five-year period.

Seven of the eight teams are confirmed for Pot 3, with Benfica the one club who must go through qualifying. If they fail to make the group stage, Rangers, Dinamo Zagreb and Marseille are among the teams who could take that place in the pot, otherwise they will be in Pot 4.

Borussia Dortmund's coefficient score is only good enough for Pot 3, meaning they could face a very tough Champions League draw. Inter Milan and Napoli may also present a tough test for those in the higher-ranked pots.

Pot 4 will contain the rest of the teams who qualify for the group stage, though it is known for certain that Scottish champions Celtic and Belgian titleholders Club Brugge, who qualify automatically, will both be in this pot.

The draw takes place on Thursday, Aug. 25. Each of the eight groups will have one team from each pot, and no more than one club from each country.