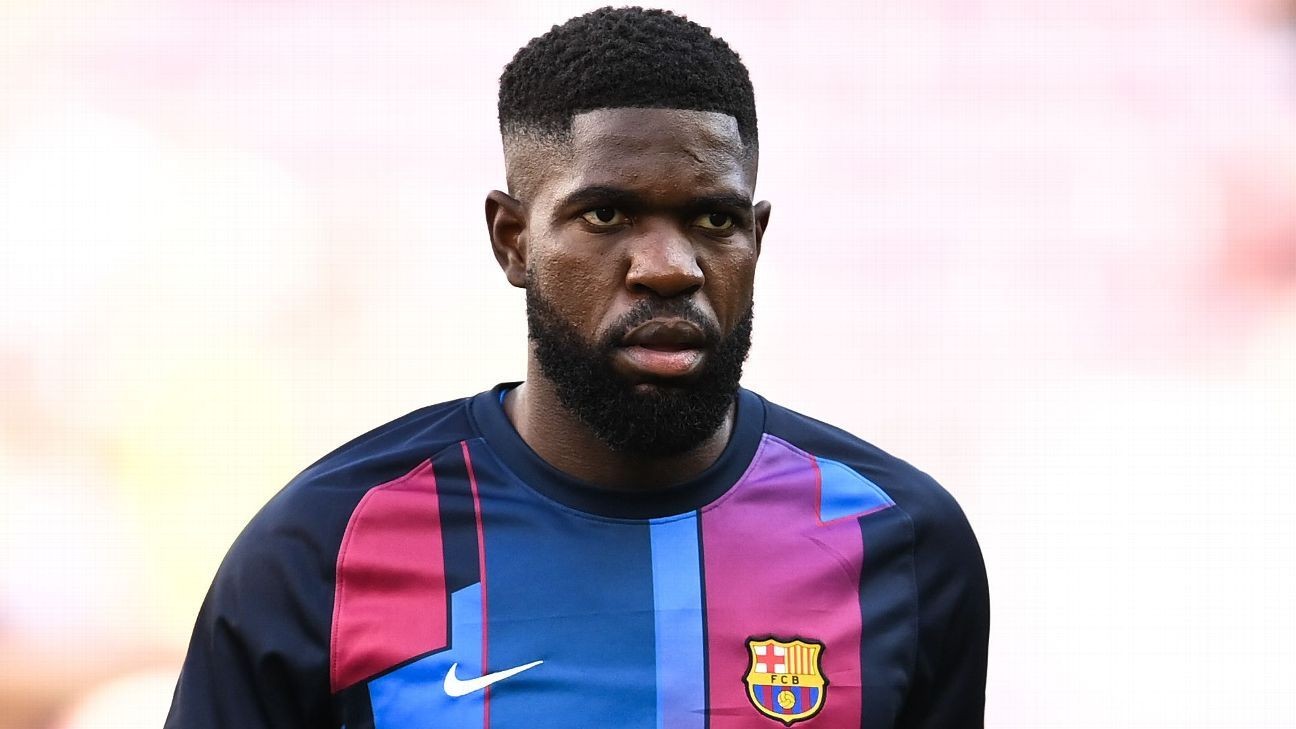 Barcelona defender Samuel Umtiti confronted a group of fans after they blocked his car while he left the club's training ground on Wednesday.

Video of the incident showed that three fans stood in the middle of the road and jumped up and down in front of the player's vehicle. One fan climbed on top of the car's bonnet while Umtiti, who has yet to play for the LaLiga side this season, was behind the wheel.

The France international and 2018 World Cup winner repeatedly honked his horn in the hope that the group would clear the road, but they only moved out of the way when Umtiti revved his engine and edged forward before accelerating away.

An agitated Umtiti then stopped the car abruptly after several metres, left his vehicle and walked towards the fans to confront them.

One fan requested to have his photograph taken with the player while another supporter shouted: "Umtiti, don't be upset, man."

The 28-year-old agreed to have his photo taken but then turned to one of the supporters and said in Spanish: "Come here. Do you pay for this car? Why do you touch it? Do you know what respect is?"

He then walked back to his car and drove away.

Umtiti was jeered by Barcelona fans in preseason after rejecting the opportunity to leave the club for free this summer. Some supporters felt his decision to stay was one of the reasons the club could not afford to keep Lionel Messi, who later joined Paris Saint-Germain on a free transfer.

The defender is determined to see out his contract at the Camp Nou, which runs until 2023.

Umtiti was exiled by former manager Ronald Koeman and his playing time has yet to improve since the appointment of Xavi Hernandez, although the former Barcelona player has only been in charge for three matches.

Koeman, who was sacked following a 1-0 defeat to Rayo Vallecano in late October, was similarly targeted by Barcelona fans as he tried to leave the Camp Nou following a 2-1 El Clasico defeat to Real Madrid.

Koeman's car was surrounded by Barcelona supporters as he attempted to drive away from the stadium, with the club later condemning the "violent and disdainful acts" faced by the Dutchman.