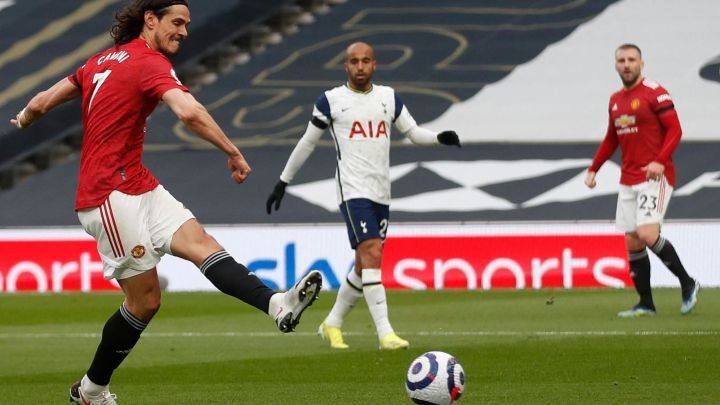 Late goals by Edinson Cavani and Mason Greenwood sealed Manchester United a 3-1 comeback win against Tottenham Hotspur, cementing their place in the Premier League top-four while the London club's hopes of joining them looked slim on Sunday.

Cavani had a goal controversially ruled out in a an otherwise dull first half shortly before Son Heung-min gave Tottenham a 40th-minute lead with their first shot on target.

The second half was far more lively with United dominant.

Fred equalised from close range just before the hour-mark and Cavani then made up for his first-half frustration by diving to head home in the 79th minute.

The closest Tottenham came to an equaliser was when Cavani headed an attempted clearance against his own crossbar.

But substitute Greenwood made sure of the win when he fired past Hugo Lloris with almost the final kick.

Second-placed United's win allowed them to cut runaway leaders Manchester City's lead to 11 points having played one game fewer, although perhaps more importantly they are nine points above fifth-placed Chelsea.