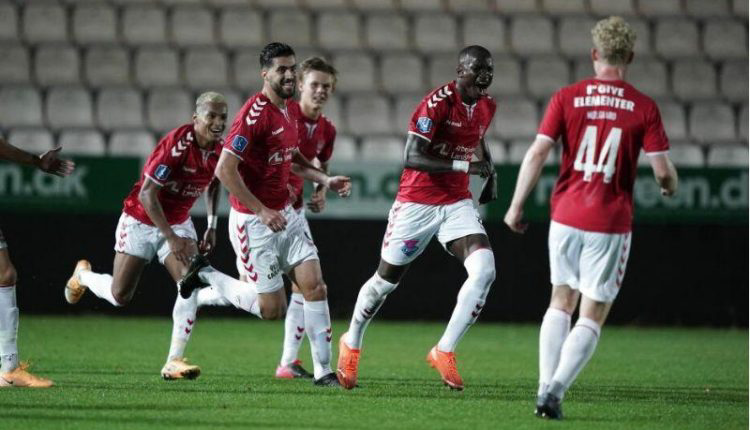 Ghana forward Raphael Dwamena climbed off the bench to score a late equalizer for Velje on Sunday against Copenhagen.

The on-loan Levante forward was given a starting role and he announced his presence in the league after netting his side's first in the 4-2 defeat to AGF.

Patrick Mortensen and Frederik Tingager scored two quick goals for the host in the space of 20 first-half minutes.

AGF were too strong and added a third in the 58th minute, when Jon Dagur netted with a brilliant strike.

Raphael Dwamena began a mini redemption process for the visitors after pulling one back with 20 minutes left.

Juhani Ojala then added a second to make it 3-2 with six minutes left.

Dwamena is on a season long loan from Spanish La Liga side Levante.