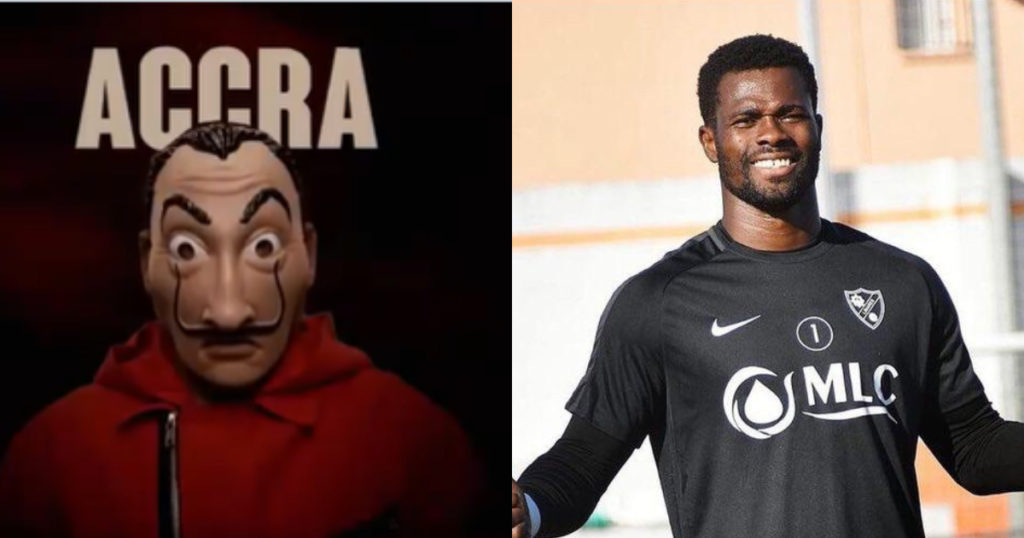 In a video dropped by the club on their official Twitter handle to announce the return of the shot stopper, Brimah is name Accra to make him the newest member of the team.

The former Ghana number one has put pen to paper on a new that will see him feature for the club till the end of the season.

Braimah was outstanding with the Primera División RFEF side last season, helping them reach the play-offs.

However, he left after his contract elapsed at the end of the season.

The club, who are currently struggling in the league recalled the goalkeeper to rescue their campaign.

Braimah, 34, played for several clubs in Spain including Cordoba.

In Africa, he played for South African giants Mamelodi Sundowns.