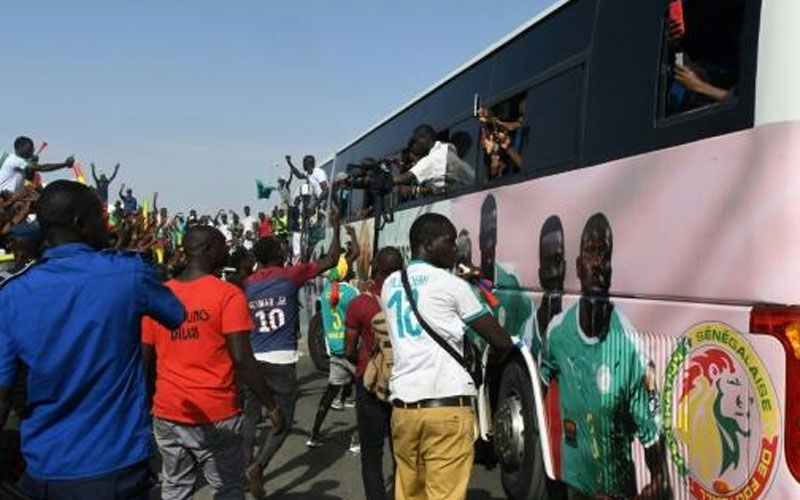 Hundreds of thousands of Senegalese poured into the streets of the capital Dakar on Saturday to celebrate the national team’s accomplishment at the Africa Cup of Nations in Egypt.

Although the Teranga Lions lost 1-0 to Algeria in the Cairo final, the players were given a hero's welcome.

Arrived from Cairo at Leopold Sedar Senghor airport at 16:00 (GMT and local), Sadio Mané and his teammates boarded a white bus to get to the Palace of the Republic, where they were received by President Macky Sall.

The journey, about fifteen kilometres, took place at a pace and lasted more than four hours.

Descended from the neighbourhoods of Yoff, Medina, HLM or Colobanne, the Dakar accompanied the procession on foot, motorbike or perched on cars, taking the highway leading to the historic heart of the capital where agglutinating on the decks overlooking the players' passage.

Emerging at times from the roof of the coach, the "Lions" were taking pictures, seeming amazed at the sight of these thousands of supporters waving flags, dancing and jumping to the sound of vuvuzelas and taking heart "Dieureudieuf Senegal!" (Thanks Senegal, in Wolof national language).

Below is the video, enjoy.