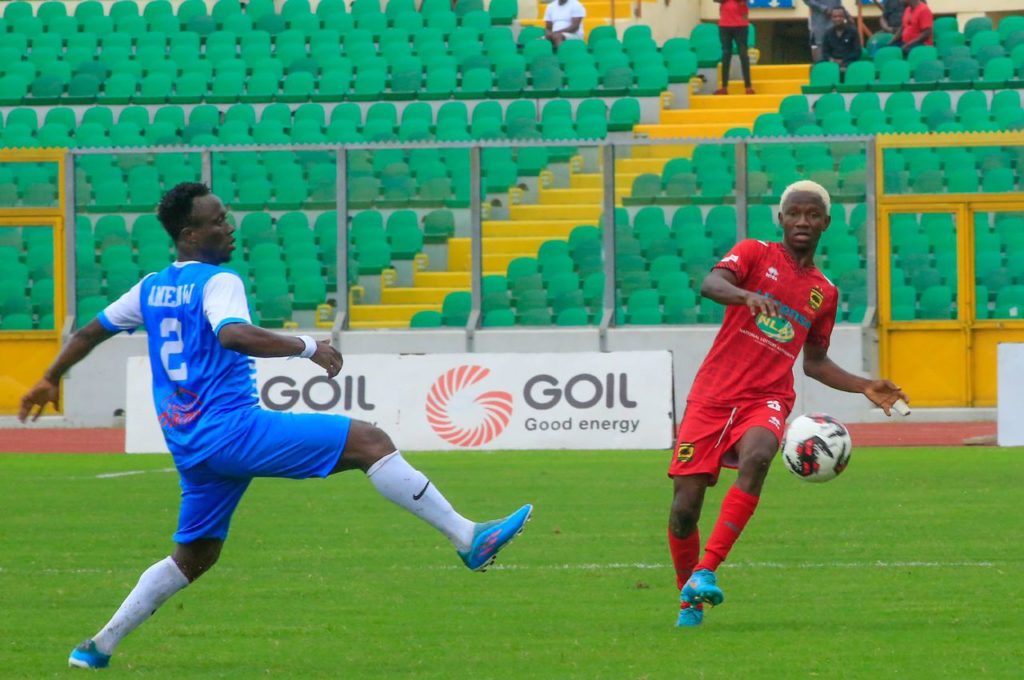 Asante Kotoko suffered a 1-0 defeat at home to Berekum Chelsea in matchday 30 of the ongoing Ghana Premier League.

The two teams played a pulsating goalless draw in the first half but after the break, it was Berekum Chelsea who looked purposeful as they grabbed the match opener through Kelvin Obeng in the 80th minute.

The forward scored with a calm cool finish to seal the win for The Blues as they returned to wining ways.

The Porcupine Warriors have tough games coming up against Medeama, Great Olympics, Ashantigold with just five games to end the season.

Watch highlights of the game below: