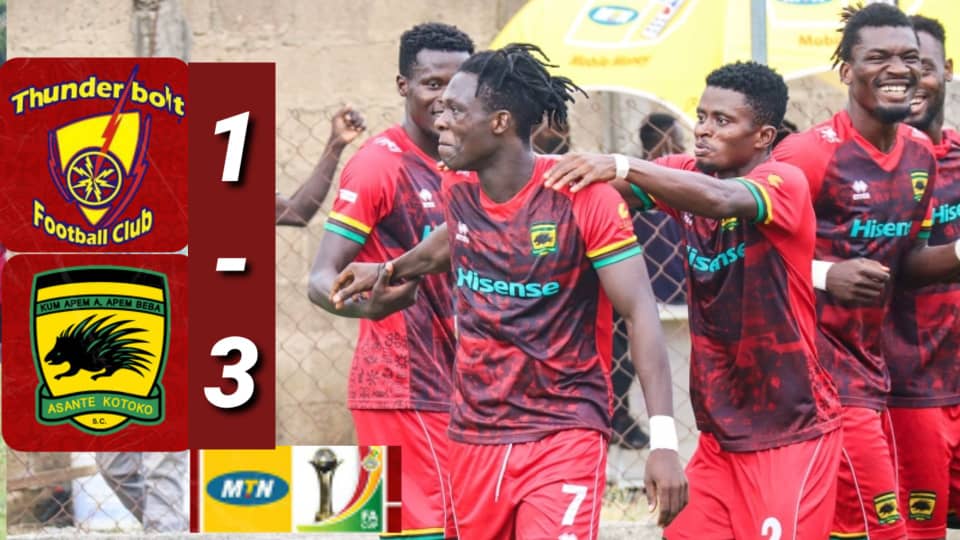 Asante Kotoko progressed to the next phase of the MTN FA Cup after their 3-1 triumph over Thunderbolt FC in their Round of 32 fixture played on Saturday.

Evans Adomako set the ball rolling with the first goal for the Porcupines in the 4th minute when he headed in a cross from Sarfo Taylor.

Three minutes later the hosts equalized after Philemon Kyei slotted in a cross from a free-kick.

Adomako later scored his second in the game 3 minutes into the second half with a good strike to put the Porcupines in the lead once again.

Winger Emmanuel Gyamfi made it 3-1 for Kotoko when he also scored a scrappy goal in the 64th minute to seal the victory for the Ashanti Royals.

Kotoko are through to the Round of 16 of the MTN FA Cup but will have to wait a little longer to know their next opponent.

Watch highlights of the game below