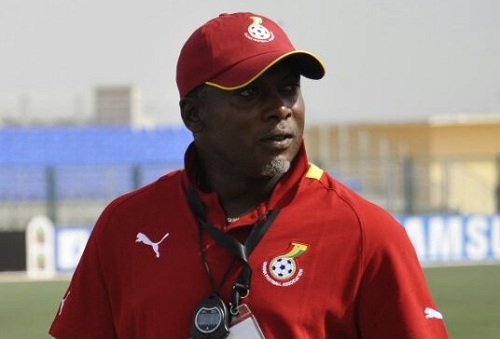 Ghana U-20 coach Yaw Preko has told Ghanasoccernet.com that his team has been given all the needed support as they prepare for the upcoming All Africa Games to be staged in Morocco next month.

The Black Satellites will replace the National U-23 side the Black Meteors in this year’s tournament following a directive from the Confederation of Africa Football on the representation of football teams at the tournament.

According to CAF, due to the ongoing AFCON U-23 qualifiers, CAF has directed the national U-20 sides of the various countries to participate in the tournament instead of the U-23 side.

Meanwhile, Yaw Preko’s appointment will just be for the tournament as he will be in charge of the team only for the All Africa Games which has been confirmed by the Technical Director of the FA OtiAkenteng.

The team is currently based at the Ghanaman Centre Soccer of Excellence, Prampram where they have been camping and preparing ahead of the tournament.

There were reports that the team had been neglected and left on to their fate at the camp but Yaw Preko denied such reports and said they have been given the needed support.

“Yes, we have been given all the support we need for the camping and we preparing for the tournament. It’s difficult to get trial matches to play at the moment because most of the teams are currently on break”, he told Ghanasoccernet.com