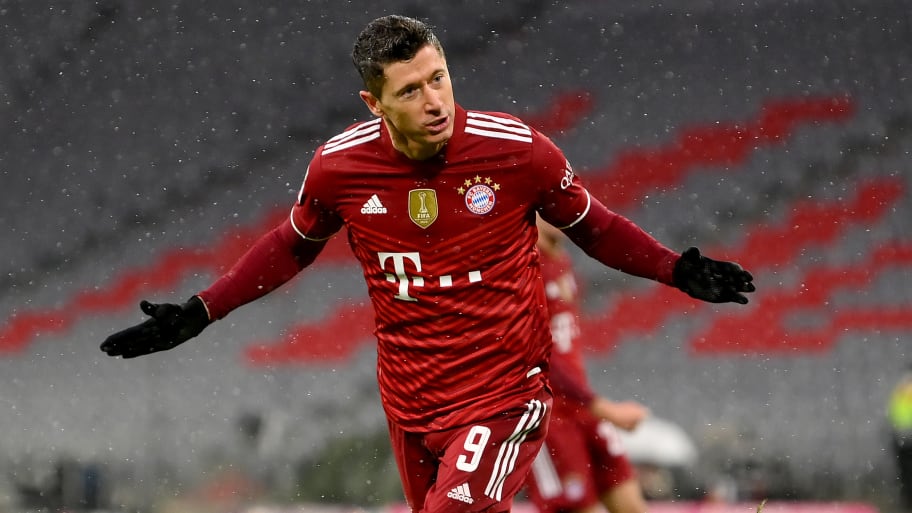 Bayern Munich could be open to the idea of selling superstar striker Robert Lewandowski at the end of the season, at which point he will have only one year left on his current contract.

Lewandowski has scored 328 goals in 356 appearances for Bayern since arriving as a free agent from Borussia Dortmund in 2014. He is on course to surpass 40 goals in all competitions for the seventh consecutive season and has averaged more than a goal per game since 2019.

The Pole is also the newly crowned Best FIFA Men’s Player of 2021 and many felt the 2020 Ballon d’Or would also have been his had the award not been cancelled due to the pandemic.

Lewandowski is the world’s best striker at this moment in time, yet it has been suggested in Germany that Bayern could conceivably let him go within the next few months.

Bild has reported that contract talks between club and player will soon take place. However, Bayern ‘want a solution’ before the end of the season and if no agreement is reached, the Bundesliga champions could sanction a summer sale to ensure they receive a transfer fee.

Bayern lost David Alaba as a free agent and are generally believed to have taken a hard line against similar scenarios happening in the future – they were thought to be willing to sell winger Kingsley Coman until he recently signed a new long-term contract.

Bild adds that Bayern, in line with their club policy for players over 30, are prepared to offer Lewandowski a one-year contract extension on the same terms as his current deal. Alternatively, they would stretch to a two-year contract if he agrees to a pay cut.

If Bayern do look to sell, Lewandowski could be of great appeal to a number of top European clubs in the market for a striker, if only as a relatively short-term fix given his age.

Manchester United, Manchester City, Real Madrid, Juventus and Chelsea are all on the lookout for strikers. PSG could also join that race and all six have been linked with Erling Haaland.

Bayern are among several clubs in the running to sign the Dortmund star, who would end up being a replacement for Lewandowski in Munich should he end up there – whether immediately or initially overlapping over a longer period.

This article was originally published on 90min as Why Bayern Munich could consider Robert Lewandowski sale.