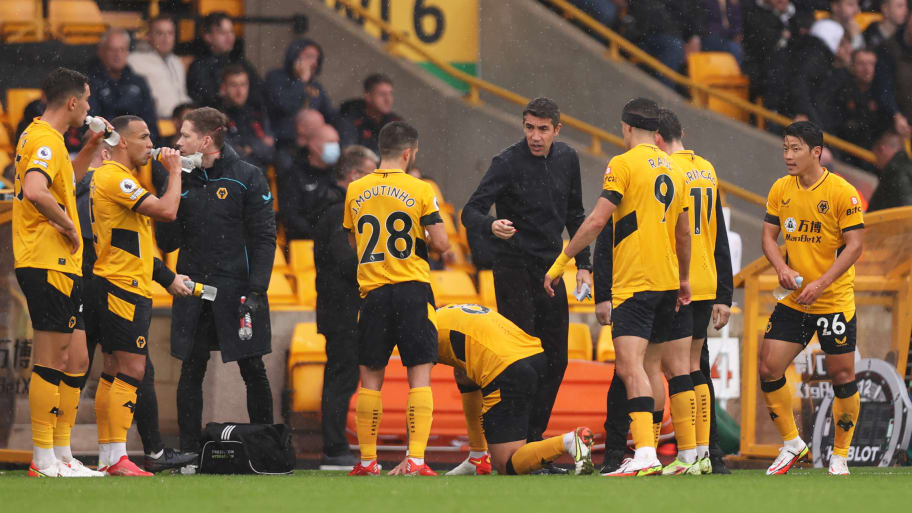 Wolverhampton Wanderers look to make it three wins on the spin as they travel to Aston Villa this Saturday.

Having appointed Bruno Lage in the summer, Wolves got off to a slow start, struggling to score goals despite impressive performances. Raúl Jiménez's return to scoring and the loan signing of Hwang Hee-chan has helped to relieve that pressure in recent weeks however.

Jiménez faces a race against time to make it back in time for the fixture after his endeavours with Mexico, scoring in a 2-0 victory over El Salvador on Thursday.

We take a look at the XI Lage could pick.

José Sá (GK) - The new Wolves number one has been enjoying his first few weeks at the club and has been solid.

Max Kilman (CB) - Wolves' player of the month for August has enjoyed a terrific start to the season and has nailed down a regular starting spot in the back three.

Conor Coady (CB) - The captain extended his run of international clean sheets to four matches after his display in the 5-0 thrashing of Andorra.

Romain Saïss (CB) - The tough centre-back isn't immune to scoring the odd goal, so it would be no surprise to see him on the scoreline this weekend.

Nélson Semedo (RWB) - Was a contender for Wolves player of the month in September, and has been very impressive on both sides of the ball in recent weeks.

Rúben Neves (CM) - Linked with a move away from the club in the summer, the midfielder's quality will be crucial in winning the midfield battle.

João Moutinho (CM) - The veteran enjoyed a few decent performances during the international break, and will look to continue that form into domestic football on Saturday.

Fernando Marçal (LWB) - Endured a poor outing against Southampton but followed it up with a good display vs Newcastle.

Adama Traore (RW) - With Francisco Trincão ruled out, the door is open for Adama to return to the starting XI.

Raul Jiménez (ST) - The forward is a doubt for this weekend due to international commitments - but if he is available, he starts.

Hwang Hee-chan (LW) - Will be hoping to follow up his brace against Newcastle with some more goals this weekend.

This article was originally published on 90min as Wolves predicted lineup vs Aston Villa - Premier League.