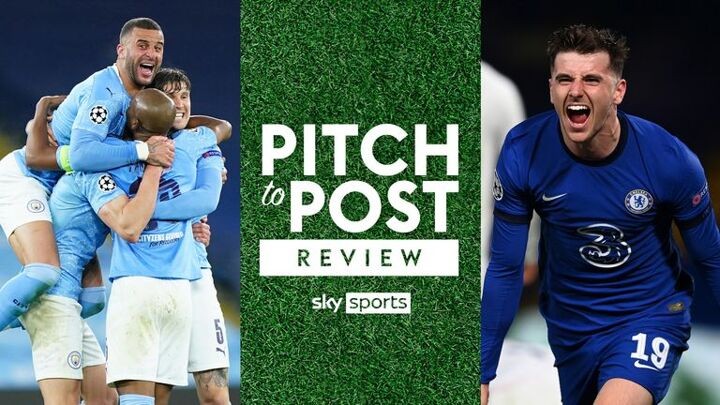 Having never won the Champions League and led by a manager in his first final for a decade, would victory in the final mean more to Manchester City than Chelsea?

Pep Guardiola's side have reached the final of the European Cup, rebranded to the Champions League in the 1990s, for the first time in their history following a comprehensive semi-final victory over Paris Saint-Germain this week, and will be joined by Chelsea following their own impressive triumph against Real Madrid, for the second all-English final in three years.

The Blues have reached this stage twice before, losing on penalties to Manchester United in 2008 before beating Bayern Munich via the same method four years later, with Thomas Tuchel looking to go one better than his runners-up medal he earned while PSG manager in 2020.

Even having already all-but wrapped up the Premier League title, Manchester City would still feel more benefit from lifting their debut Champions League trophy in Turkey, Sky Sports reporters Adam Bate and Ben Ransom agreed on the latest Pitch To Post Review podcast, citing Guardiola's hoodoo in Europe's premier competition, where he has failed to reach the final with any of Barcelona, Bayern Munich or Manchester City in the last decade - until now.

Ransom said: "It's one thing doing it over a Premier League season, which Guardiola always points to as being his priority, that's about beating everybody. Winning a European trophy of the size of the Champions League is about the big moments, the difficult moments in quarter-finals, semi-finals, potentially finals, and coming through it.

"That's a huge step up for all the players. They will feel invincible off the back of that, and it could make them even more ruthless. Those moments where they do have an element of doubt could disappear overnight if they can deliver the big one.

"And I should just mention Guardiola, it'll be massive for him as well. He shot onto the European scene at Barcelona, won the Champions League in his debut season, followed it up, and he's not won it since. It'll be 10 years since his last Champions League final and victory this summer, so for him, having got to quarter-finals and semi-finals consistently, it'll be massive to get his hands back on the big one.

"In terms of this global brand, City developing into this European elite club, who sit at the top table, no longer get looked down on when their executives go into these board meetings alongside Real Madrid, Manchester United, even Arsenal, I think for them to have this Champions League trophy in the cabinet, their first European Cup, it would be a hugely symbolic win for the club from top to bottom.

"And for the team, it would show them that their way of playing, belief and system can be successful in the biggest of big games."

Bate added that City's likely treble of trophies, with the Carabao Cup already wrapped up, would be all the more important to the club given Chelsea have already tasted glory in a European Cup final.

"I think for Manchester City it would be symbolic, with it being their first European win," he said. "It seems strange to say it means the most to them when they've won one the most recently, it would be big for all of them recently.

"But as a club, winning the Champions League, given that Chelsea have already won it before, would be a huge moment for Manchester City."